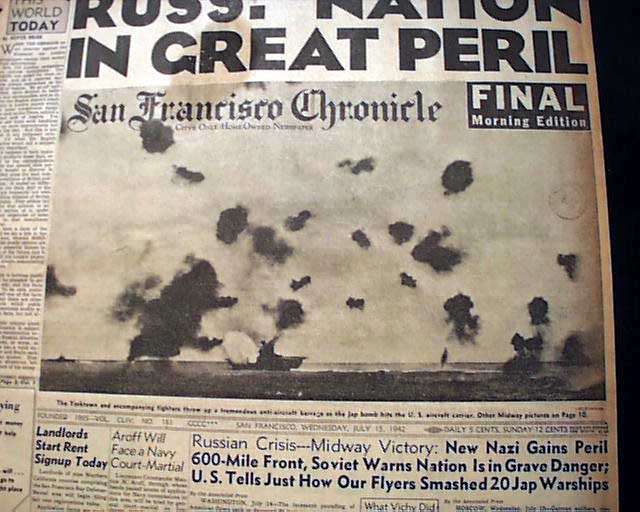 The front page has a 7 column photo showing the USS Yorktown being hit by a bomb during the Battle of Midway. Also a five column heading: "U.S. Tells Just How Our Flyers Smashed 20 Jap Warships" This was the official report from the United States Navy on the famed battle. The battle was actually fought over a month earlier, but the details were just now being released including the news of the USS Yorktown being sunk.
Complete with 22 pages, light toning and minor wear at the margins, small binding holes along the spine causes slight text loss, small date stamp within photo, generally nice.