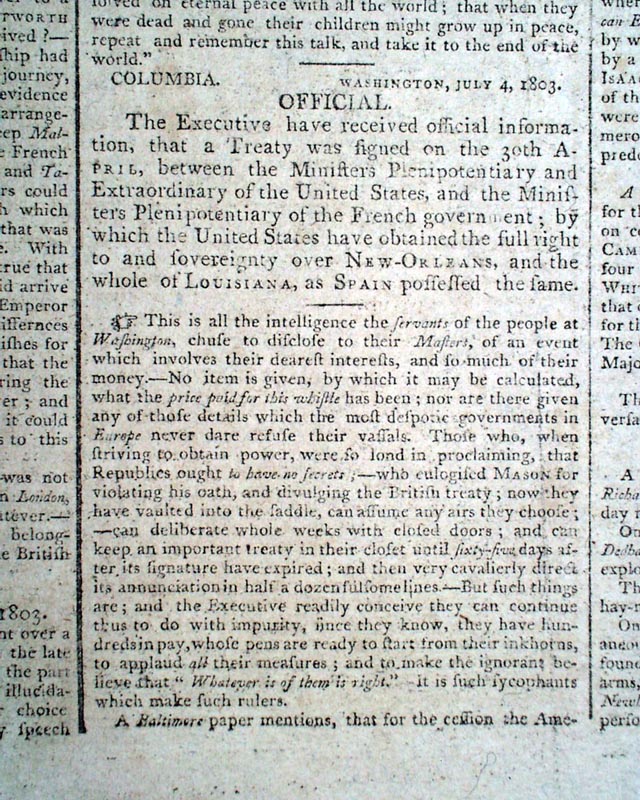 Although brief, a page 2 report datelined Washington, July 4, 1803 and headed: "Official" has the historic announcement: "The Executive has received official information, that a Treaty was signed on the 30th April, between the Ministers...of the United States and the Ministers...of the French Government; by which the United States have obtained the full right to and sovereignty over New Orleans, and the whole of Louisiana, as Spain possessed the same." Another related article on the same page in quite lengthy. See images for details.
Other news of the day along with period advertising (including shipping ads) are found throughout.
Complete in four pages and in very good condition.