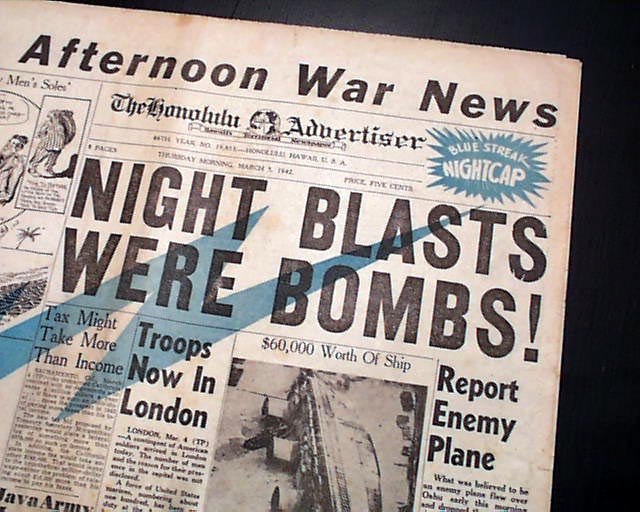 Front page headline: "NIGHT BLASTS WERE BOMBS ! " with subhead: "Report Enemy Plane" with the text beginning: "What was believed to be an enemy plane flew over Oahu early this morning & dropped three medium sized bombs...".
Nice to have this report in a Honolulu newspaper.
Complete in 8 pages, nice condition.

wikipedia notes: Operation K was a Japanese naval operation in World War II, intended as reconnaissance of Pearl Harbor and disruption of repair and salvage operations following the surprise attack on 7 December 1941. It culminated on 4 March 1942, with an unsuccessful attack carried out by two Kawanishi H8K "Emily" flying boats. This was the longest distance ever undertaken by a two-plane bombing mission, and one of the longest bombing sorties ever planned without fighter escort.