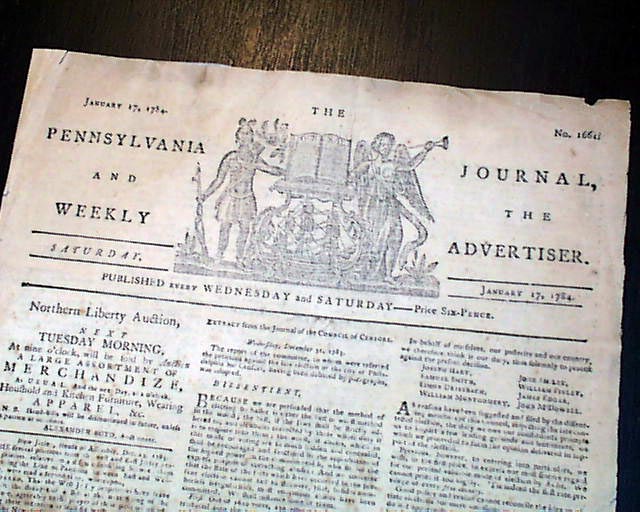 Page 2 has a report from Paris beginning: "Dr. Franklin has lately delivered to the Sieur de Fleury...Lt. Colonel in the service of the United States of America, a medal which has been decreed for him by Congress, after taking fo Stony Point..." noting his heroic effort at the important battle.
Page 2 has "Garrison Orders" from West Point, Dec. 23, 1783, beginning: "The great object of the war being happily accomplished--his Excellency Gen. Washington has directed that all the men in the respective regiments & corps, whose time of service expires previous to the 1st of Jan., 1785, should be discharged..." with further detail.
Page 3 also has a report from New York with follow-up content on the end of the war.
The back page has a lengthy ad for "Haym Salomon", a leading Jewish financier of the day who did much to secure financing for the nation during the war.
Four pages, never bound nor trimmed, a missing piece at the top of the back leaf is archivally repaired, good condition. 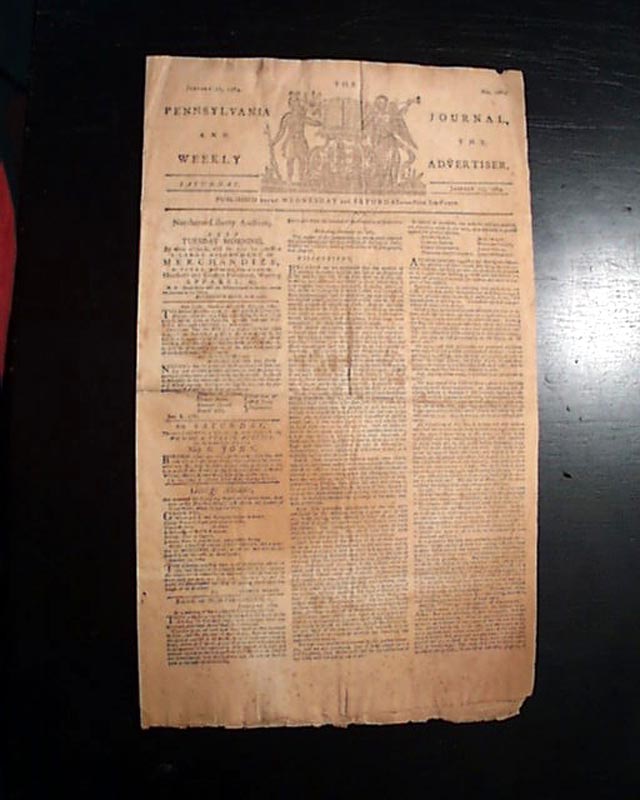 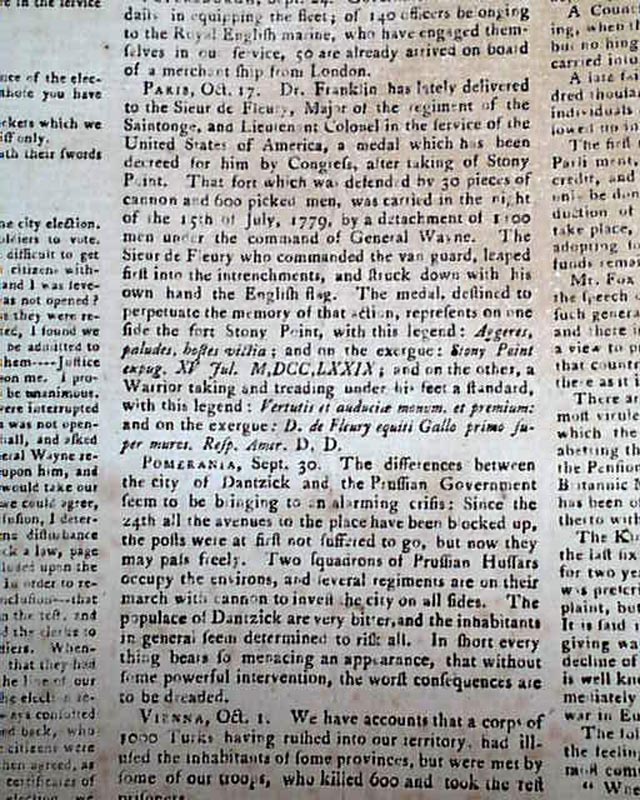 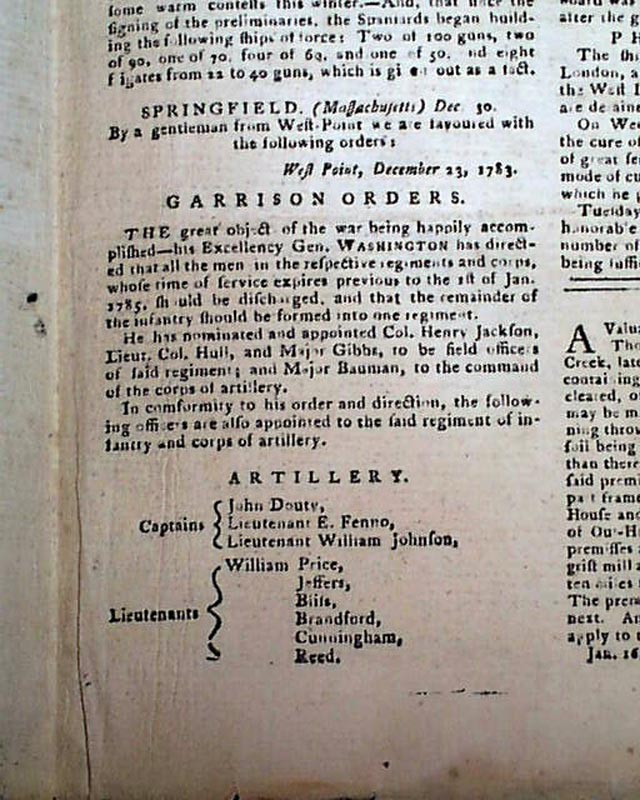 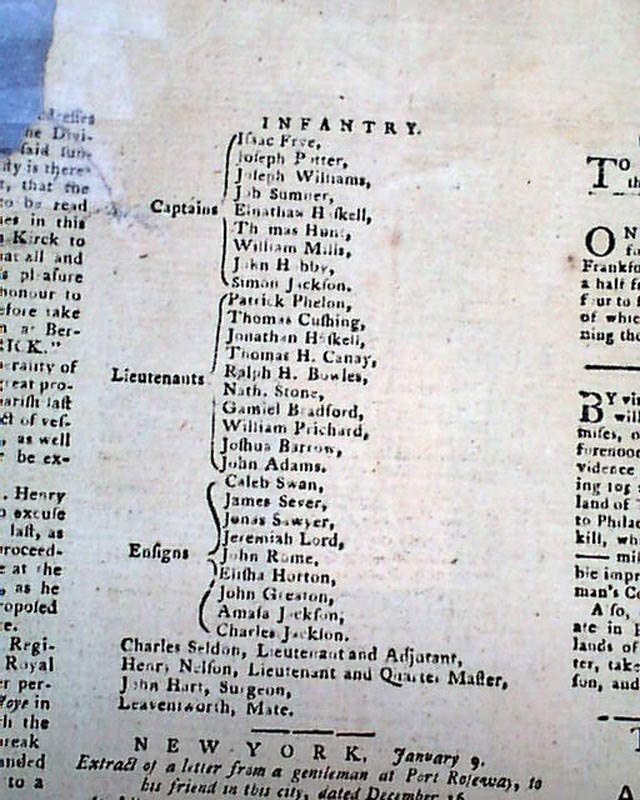 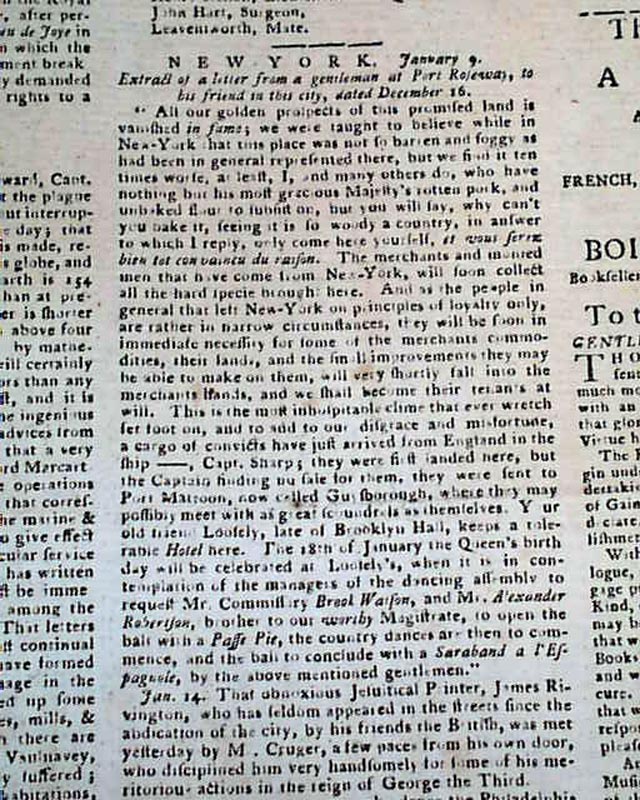 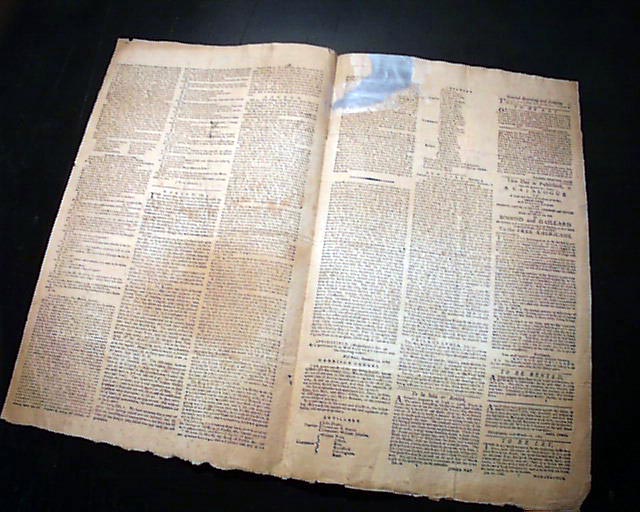 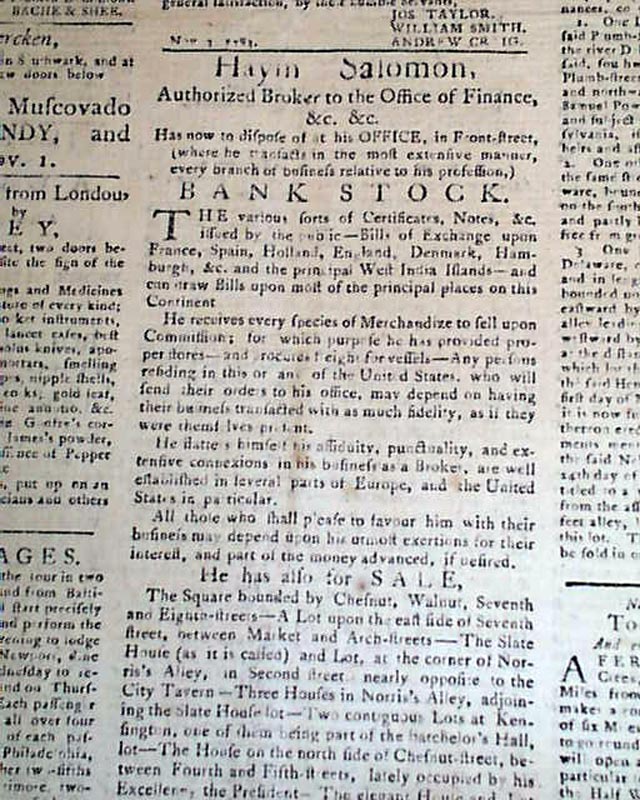 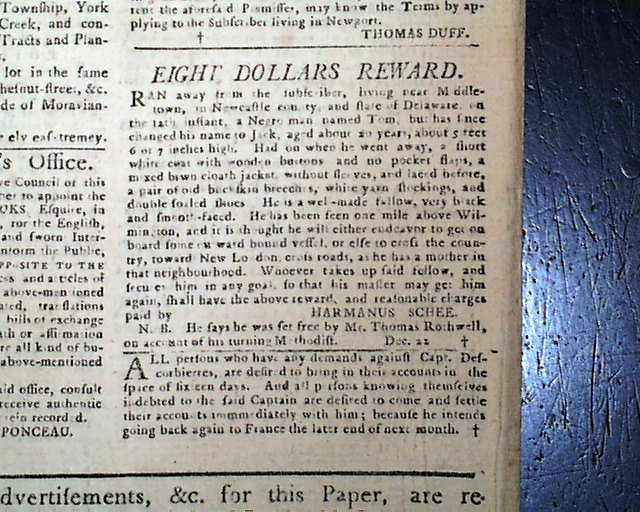 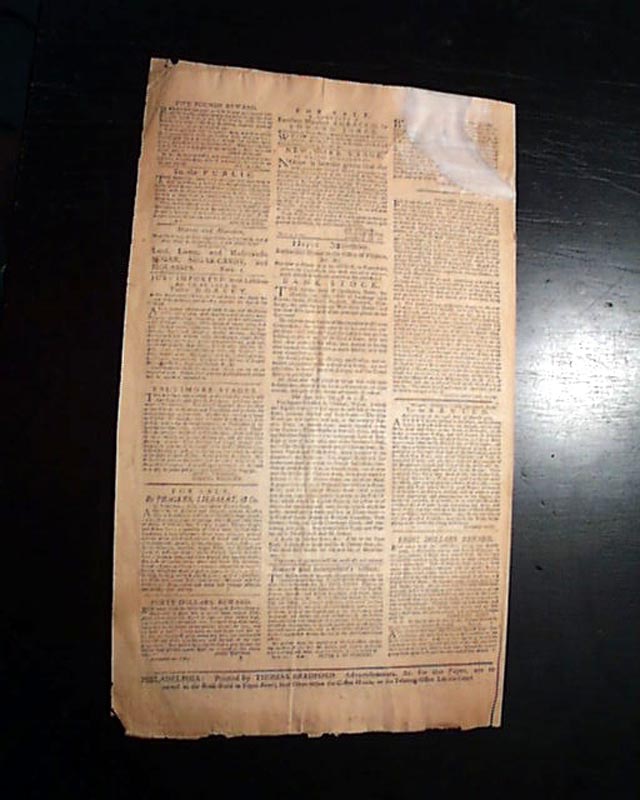