Home > Back to Search Results > "One Flew Over The Cuckoo's Nest" ad - premiere showing...
Click image to enlarge 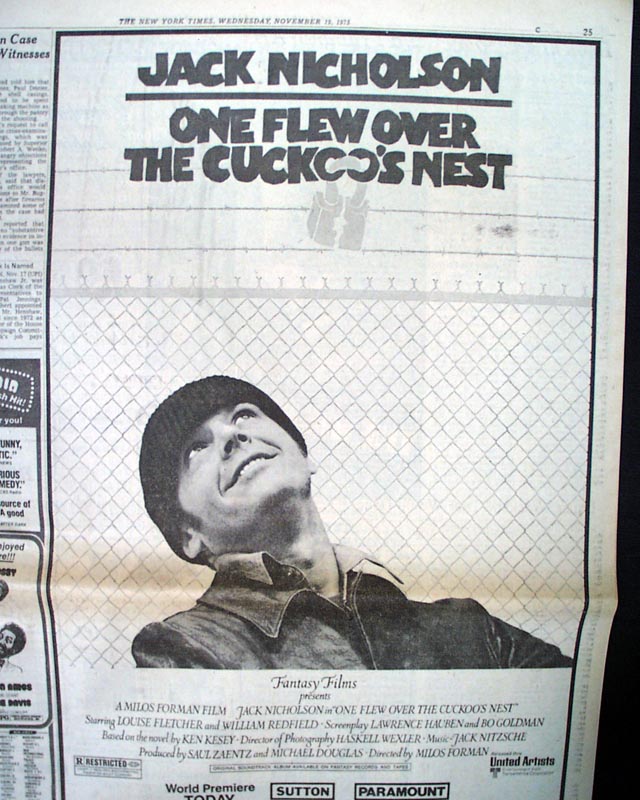 "One Flew Over The Cuckoo's Nest" ad - premiere showing...


THE NEW YORK TIMES, Nov. 19, 1975  Page 25 has a large ad for the world premiere of: "ONE FLEW OVER THE CUCKOO'S NEST", staring Jack Nicholson, which went on to win 5 Academy Awards including Best Picture.
Other news of the day is found throughout.
The issue is complete in 72 pages, has heavy browning and some rubbing at the mid-fold, but the key ad is in very good condition. See images for details.