Home > Back to Search Results > President McKinley is shot...
Click image to enlarge 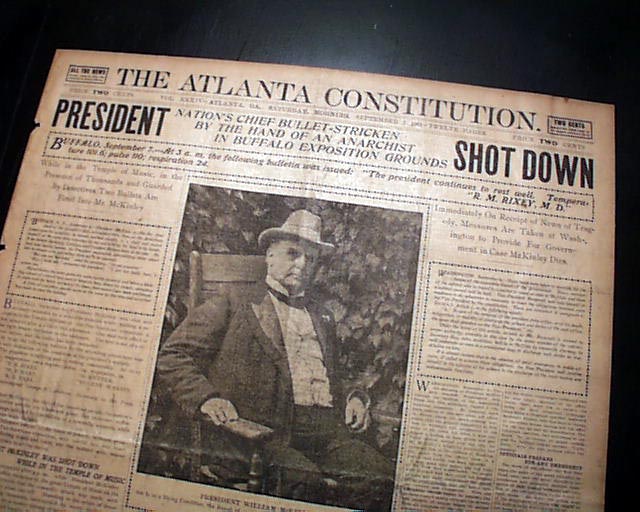 An interesting banner headline: "PRESIDENT SHOT DOWN" in the middle of which is: "Nation's Chief Bullet-Stricken By The Hand of an Anarchists In Buffalo Expedition Grounds".
Other related subheads, and a large photo of: "President William McKinley" and a smaller one of "Vice President Roosevelt".
Much more fine coverage on pages 2 and 3 as well.
Twelve pages, evenly toned, good condition. Should be handled with care.