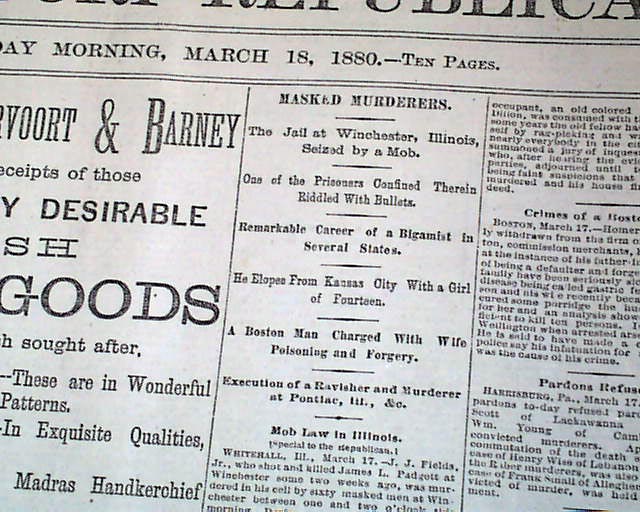 
THE MISSOURI REPUBLICAN, St. Louis, March 18, 1880  The top of the front page has column heads: "Masked Murderers" "the Jail at Winchester, Illinois, Seized by a Mob" "One of the Prisoners Confined There is Riddled With Bullets" with much detail on the lynching.
Page 2 has: "Indian Affairs - Our On the White River Massacre".
Ten pages, irregular at the blank spine from disbinding, very nice condition.