Home > Back to Search Results > Early from San Diego... The Peshtigo Fire...
Click image to enlarge 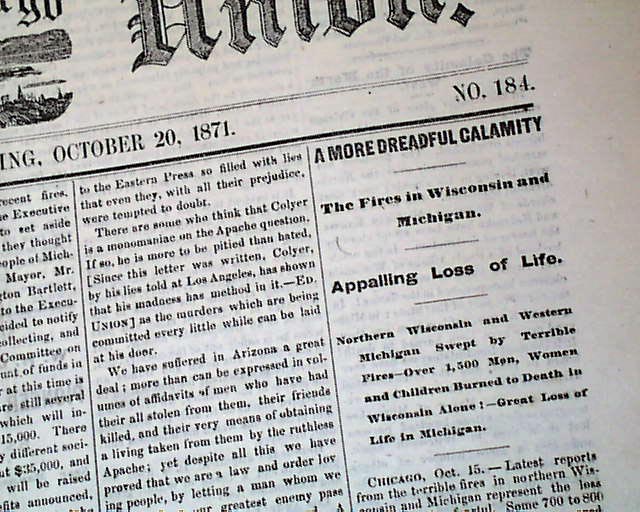 Very early from San Diego--a volume 2 issue--when the population was just 2300, with a nice engraving of the harbor in the masthead.
The front page has a full column taken up with: "A More Dreadful Calamity" "The Fires in Wisconsin and Michigan" "Appalling Loss of Life" "Northern Wisconsin and Western Michigan Swept by Terrible Fires--Over 1,500 Men, Women & Children Burned to Death in Wisconsin Alone!--Great Loss of Life in Michigan".
This was the Peshtigo fire, largely forgotten as it began the same time of the infamous Chicago Fire, but it destroyed over 1.2 million acres and killed between 1,500 and 2,500 people, far more than the Chicago Fire.
Four pages, 12 by 18 inches, slightly irregular at the blank spine, nice condition.