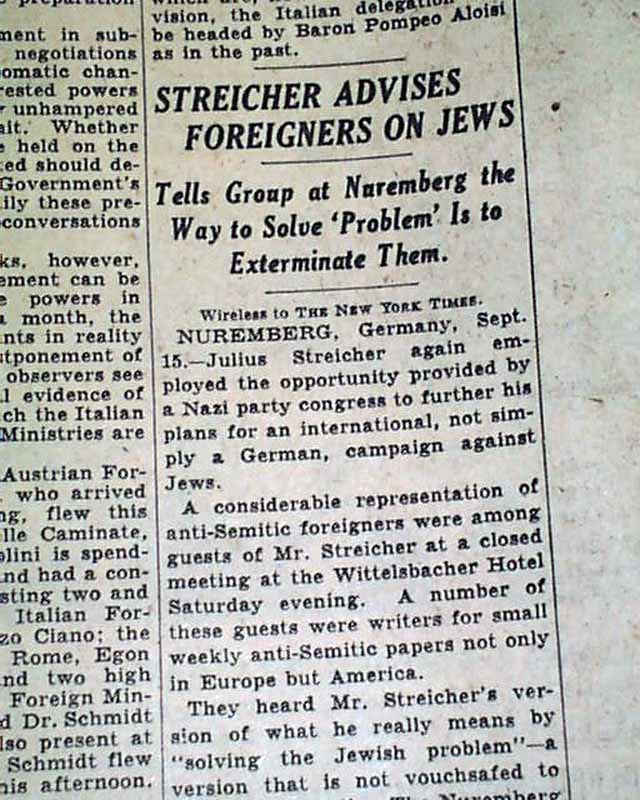 Page 14 contains one of the earliest reports of extermination as the solution to the "Jewish problem" not just in Germany but throughout the world. The report has one column heads: "Streicher Advises Foreigners On Jews" "Tells Group at Nurenberg the Way to Solve 'Problem' Is to Exterminate Them". The report focuses on Julius Streicher and his conference at Nuremberg (see for the full report). This report, which notes specifically: "...in the last analysis extermination is the only real  solution of the Jewish problem..." is one of the earliest we have encountered in a newspaper, others appearing nearly 2 years later.
Complete in 52 pages, light toning, a bit irregular at the spine from disbinding, otherwise in nice condition.