Home > Back to Search Results > Early flight with mention of Glenn Curtiss and the Wright brothers...
Click image to enlarge 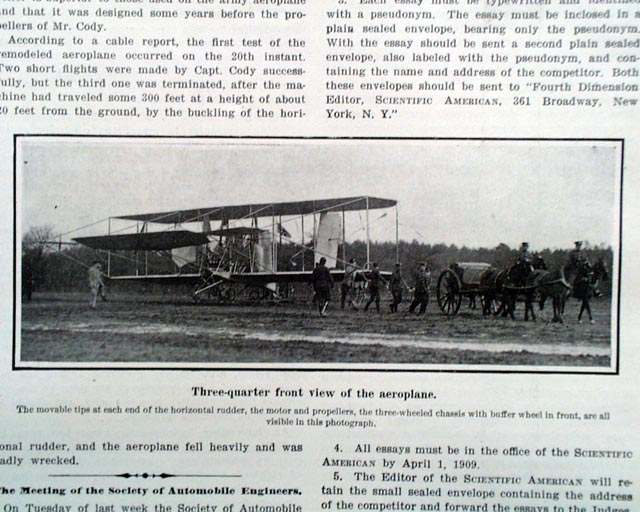 Early flight with mention of Glenn Curtiss and the Wright brothers...


SCIENTIFIC AMERICAN, New York, Jan. 30, 1909  An inside page is primarily dedicated to early flight, with mentions of Wilbur Wright, Orville Wright, and Glenn Curtiss, among others. Two photos of aeroplanes are included. Another article on the page is headed: "The British Army Aeroplane". See images for details.
Other reports discuss the meat packing industry, "Night Sky: January and February", and "Clay Products Of The United States" (front page), and more.

This is a complete issue in 16 pages measuring approximately 11 x 16 inches, has a bit of very light dampstaining in the margins, but is in overall good condition.