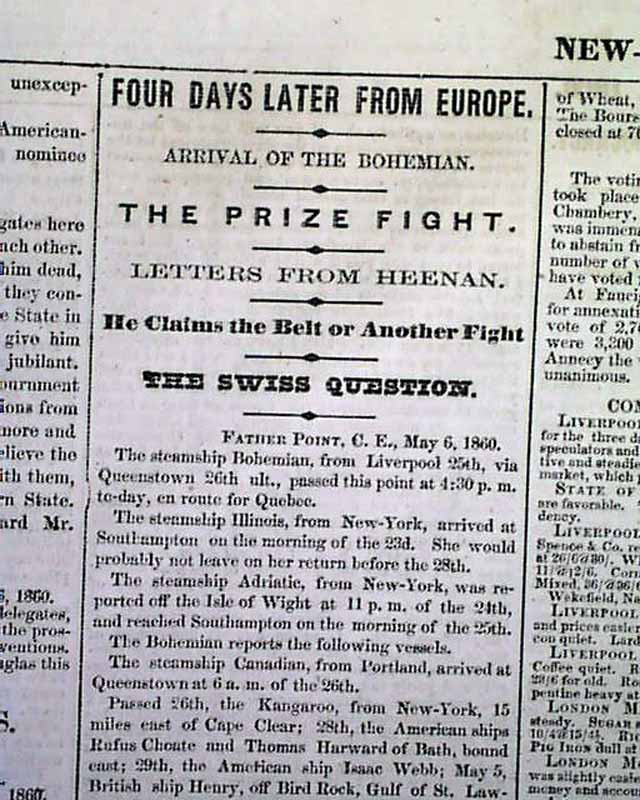 Page 5 has a one column head: "Four Days Later From Europe" "The Prize Fight" "Letters From Heenan" "He Claims the Belt or Another Fight". This was the famous match with Sayers, considered as boxing's first world championship. "...Not having been able to obtain from you as a referee the final decision upon the fight of Tuesday last, I desire to demand through you a new meeting within the present week. I make this demand from you having been informed that it has been suggested on your part that I should give Sayers sufficient time to recover from certain injuries received by him...".
Page 6 has a one column head: "Late From Utah" with two reports of the arrival of the Pony Express, with reports on the trail between St. Joseph and San Francisco.
Somewhat uncommon to find genuine "Pony Express" reports as this mail service lasted for less than 1 1/2 years. The telegraph system put it out of business.
Eight pages and in very good condition.