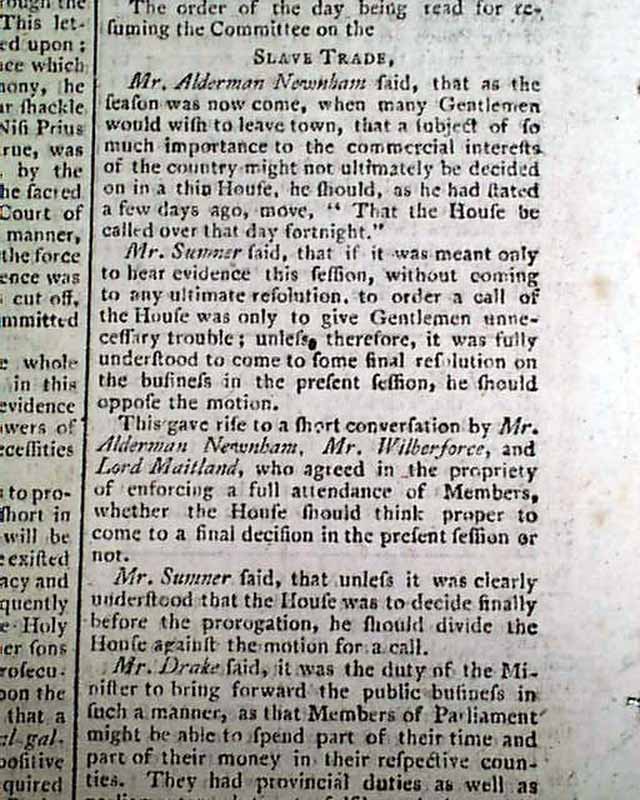 Page 7 has a brief item  from Parliament headed: "Botany Bay" reading: "Mr. Hussey asked whether it was the intention of Ministers to prosecute the scheme of forming a settlement in Botany Bay? Mr. Pitt said that from the accounts hitherto received from the Colony, they saw no reason for abandoning it."
Considerable discussion is present regarding the "Slave Trade" which includes an appeal by William Wilberforce, and the bkpg. has mention of a ship: "...arrived from Nantz to take in brandy & wines for Africa, each vessel intending to purchase from 800 to 1000 slaves. He also says that there were in the port of Bourdeaux no less than from 40 to 50 sail of vessels then fitting out for the coast of Africa...".
Eight pages, 8 1/2 by 11 1/4 inches, irregular at the spine, a printing error affects the Botany Bay report but causes no loss of text or readability.