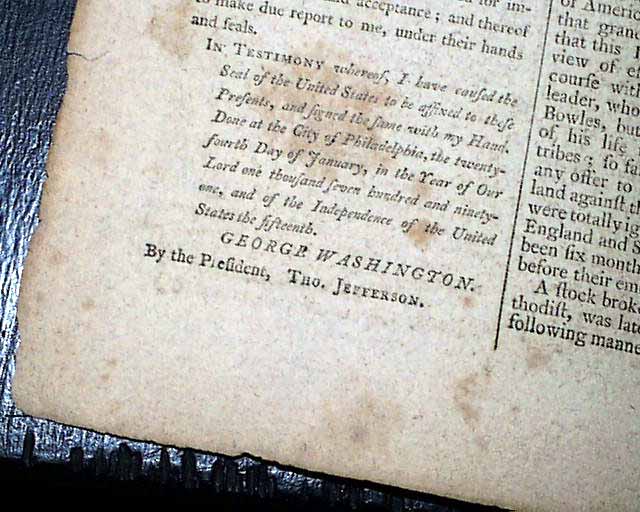 The entire first column on page 2 is taken up with a very historic document: "A Proclamation" in which Maryland & Virginia both offered to cede to the United States land upon which the capital would be created.
The text includes in part: "...the State of Maryland...cede(d) to Congress a district of ten miles square in this State for the seat of the Government of the United States..." and also: "...General Assembly of the Commonwealth of Virginia...An Act for the cession of ten miles square within this State to the United States in Congress...for the permanent seat of the General Government..." with much more, and eventually noting: "...after duly examining & weighing the advantages & disadvantages of the several situations within the limits aforesaid, I do hereby declare that the location of one part of the said district of ten miles square shall be found by running four lines..." and what follows are the boundaries within Virginia, followed by the boundaries within Maryland, such that the District of Columbia is comprised of portions of both states.
This very historic Proclamation is signed in italic type by the President: George Washington, and in block type by: Thomas Jefferson.
An extremely historic newspaper on the creation of our nation's capital, and great to have in a newspaper from the city where the document was created, and where the nation's capital was at that time. As such, this is very like the first newspaper to print this document (Columbian Centinel printed it in their Feb. 9 edition).
Four pages, nice condition. 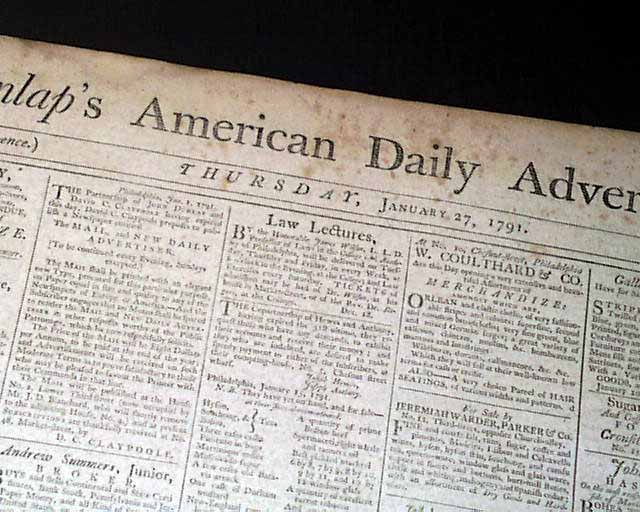 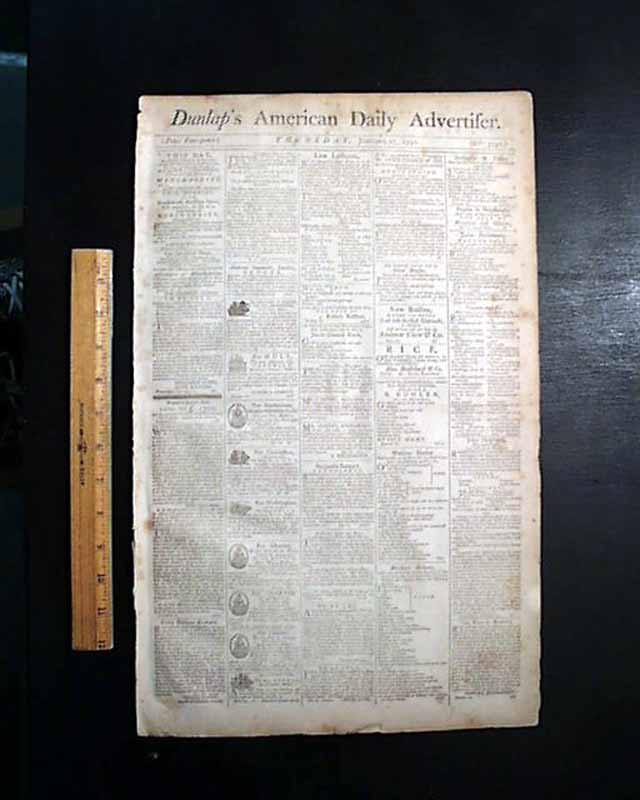 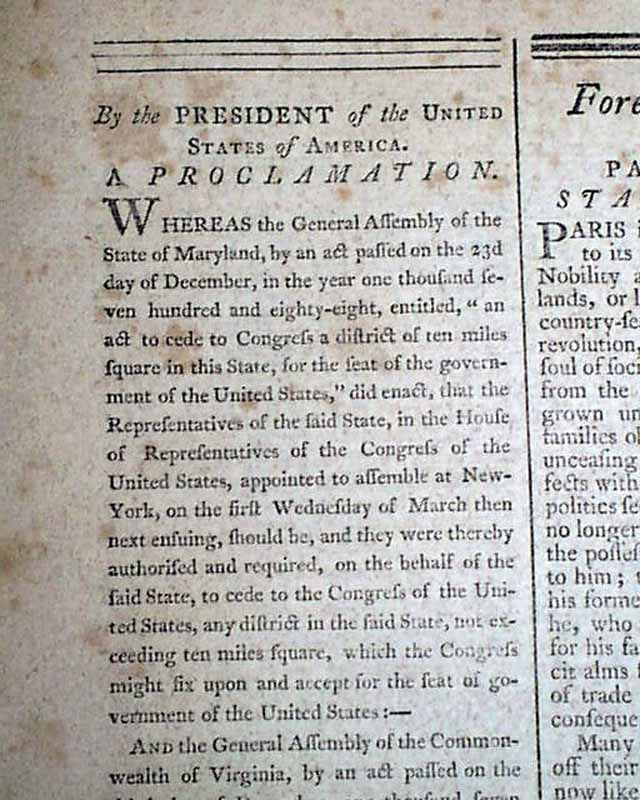 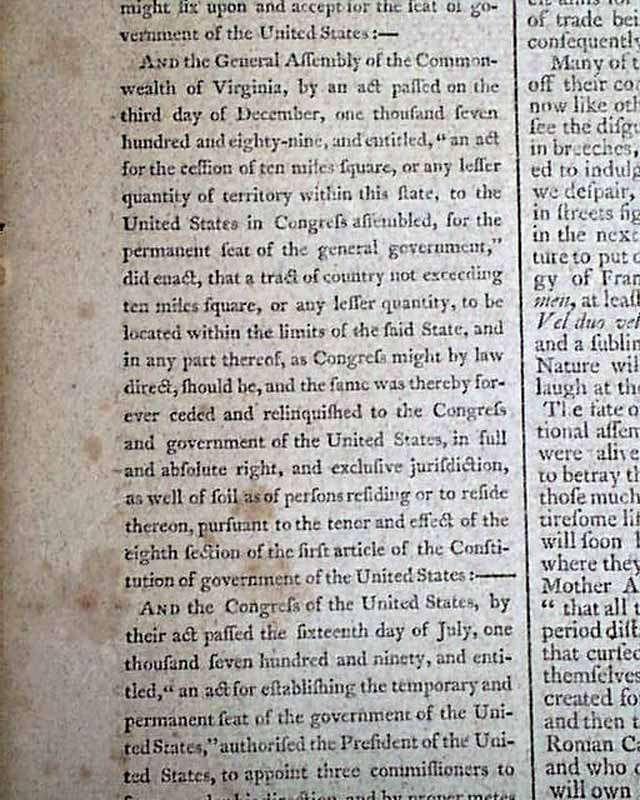 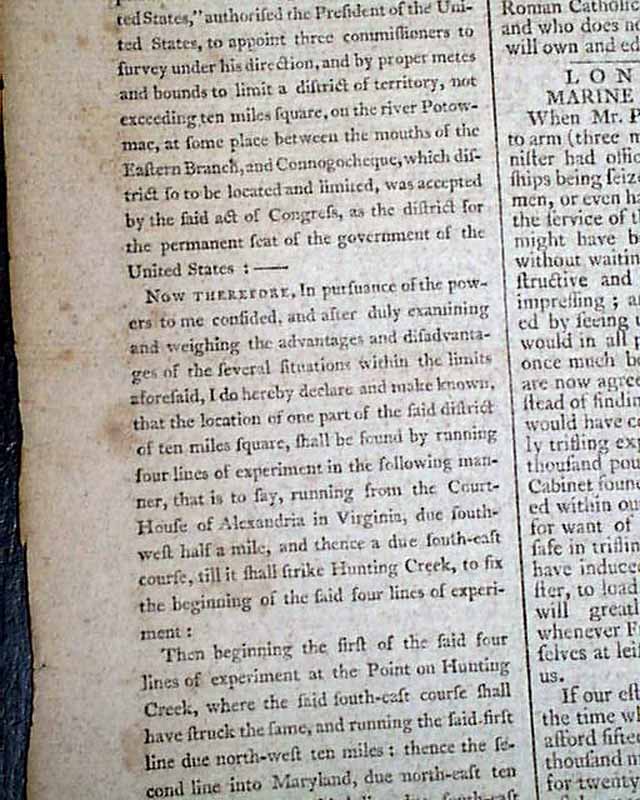 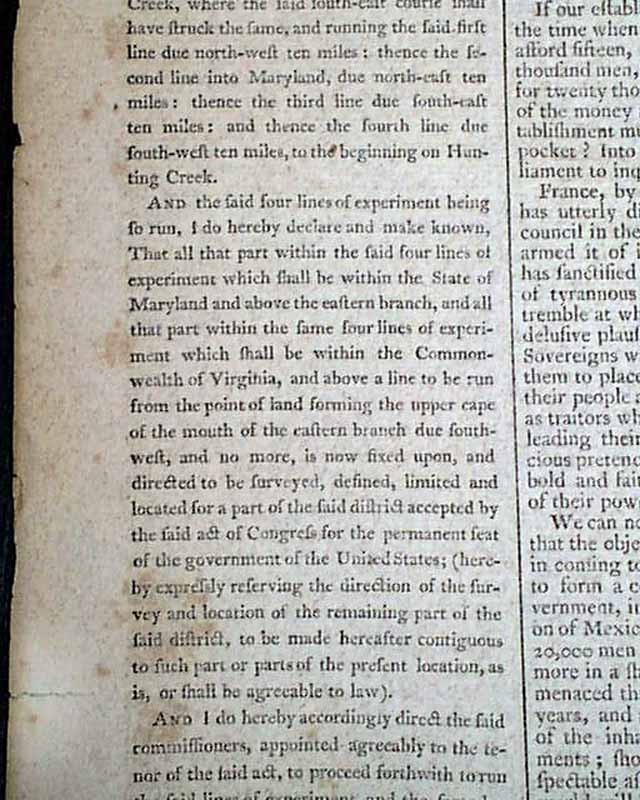 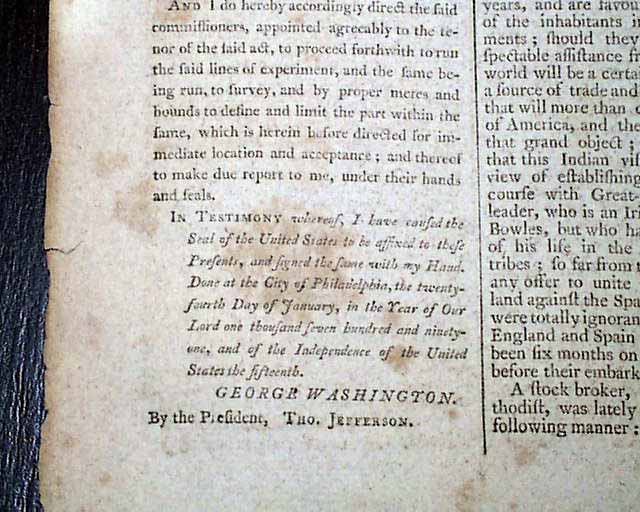 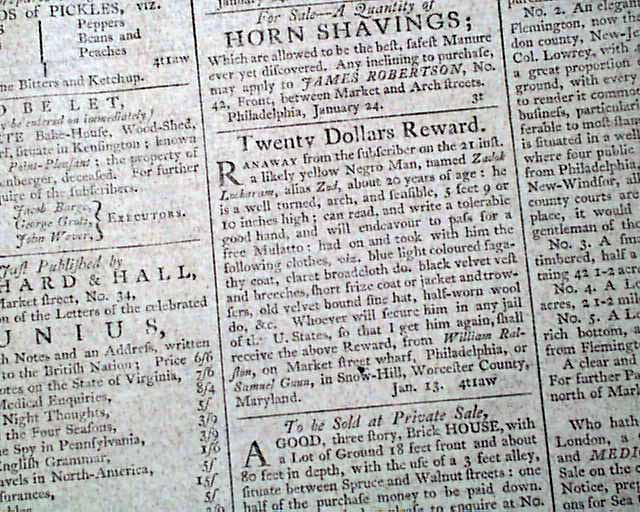 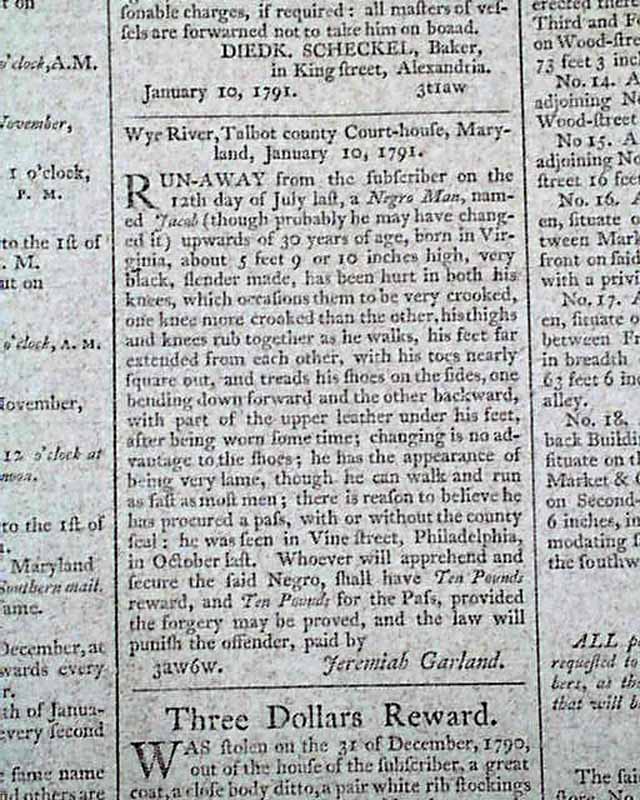