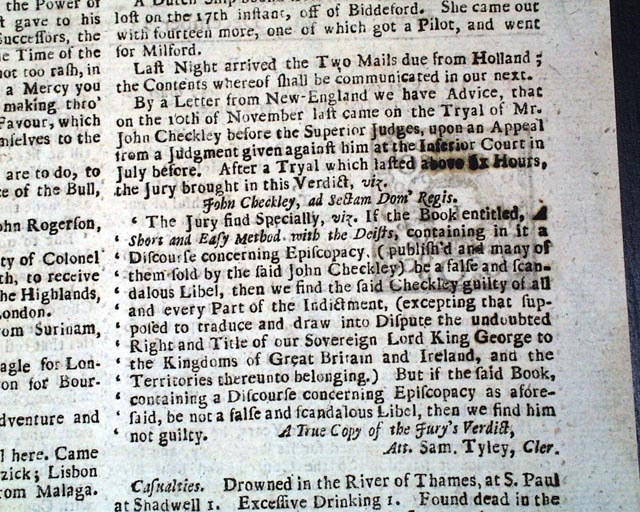 This early title typically has little if any American content, but this issue is an exception. The back page has: "By a letter from New-England we have advice that on the 10th of November last came on the trial of Mr. John Checkley before the Superior Judges, upon an appeal from a judgment given against him in the Inferior Court in July before. After a trial which lasted above six hours the jury brought in this verdict..." and what follows is a report which detailed the "guilty" verdict.
This is a very notable event in the history of religious freedom in America.
Clergyman John Checkley was born in Boston. He published in London, in 1723, a reprint of Leslie's "Short and Easy Method with the Deists" to which he added a "Discourse Concerning Episcopacy, in Defence of Christianity and the Church of England," consisting of a rude attack on the clergy and people of New England. For this he was tried before the Supreme Court in Boston in 1724, and fined £50 for libel. Checkley's trial is considered a notable event in the history of religious toleration and freedom of the press in America.
Single sheet newspaper with two handsome engravings in the masthead, nice condition. 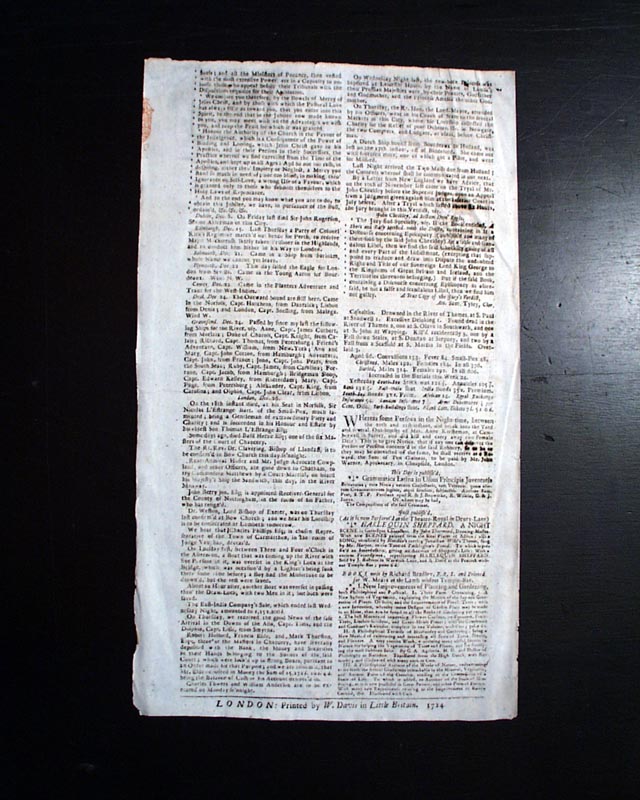 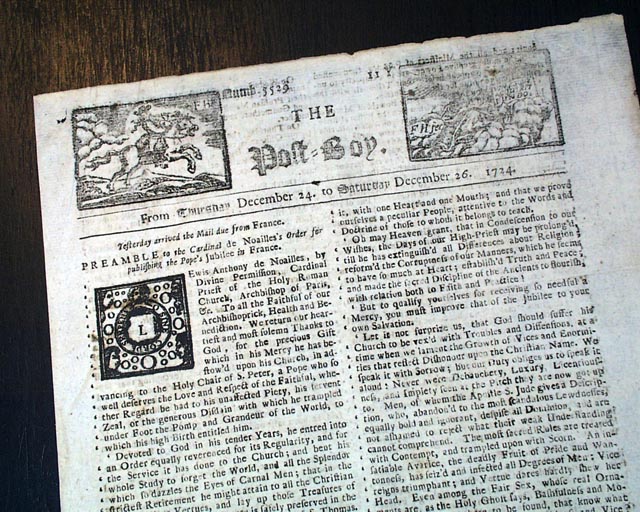 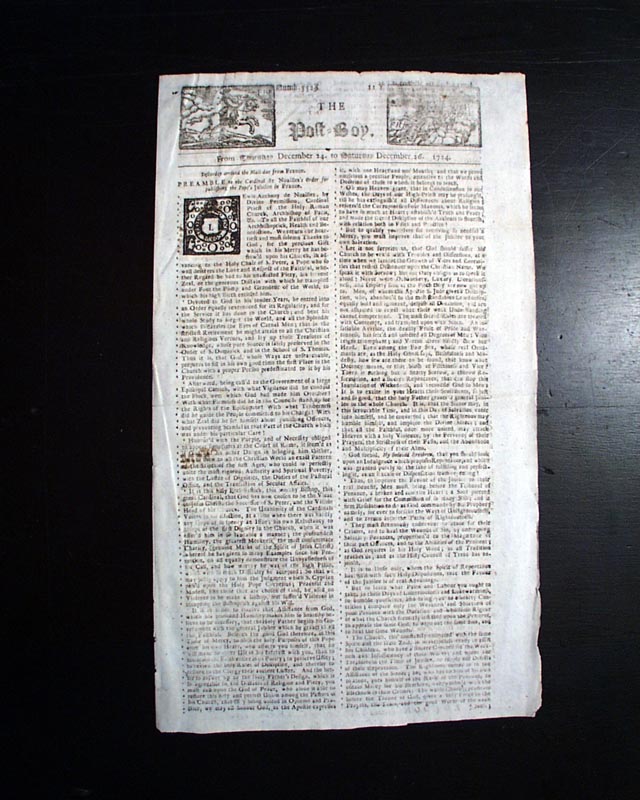