Home > Back to Search Results > Devoted to opposing the radicalism of the French Revolution...
Click image to enlarge 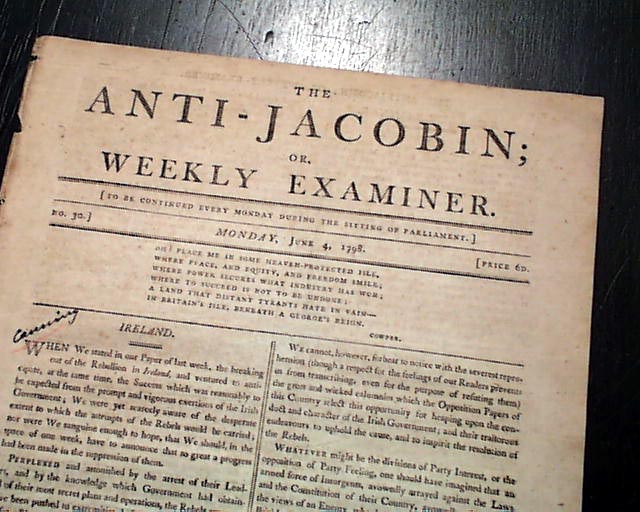 Devoted to opposing the radicalism of the French Revolution...

This newspaper was founded in 1797 devoted to opposing the radicalism of the French Revolution.  It only existed for 36 issues, this being issue #30.
The Revolution polarized British political opinion in the 1790s, with conservatives outraged at the killing of the King Louis XVI of France, the expulsion of the nobles, and the Reign of Terror. Britain went to war against Revolutionary France. Conservatives castigated every radical opinion in Britain as "Jacobin" (in reference to the leaders of the Terror), warning that radicalism threatened an upheaval of British society. The Anti-Jacobin sentiment was expressed in this newspaper.
Eight pages, 9 by 12 1/4 inches, partial red tax stamp on the front page, nice condition.