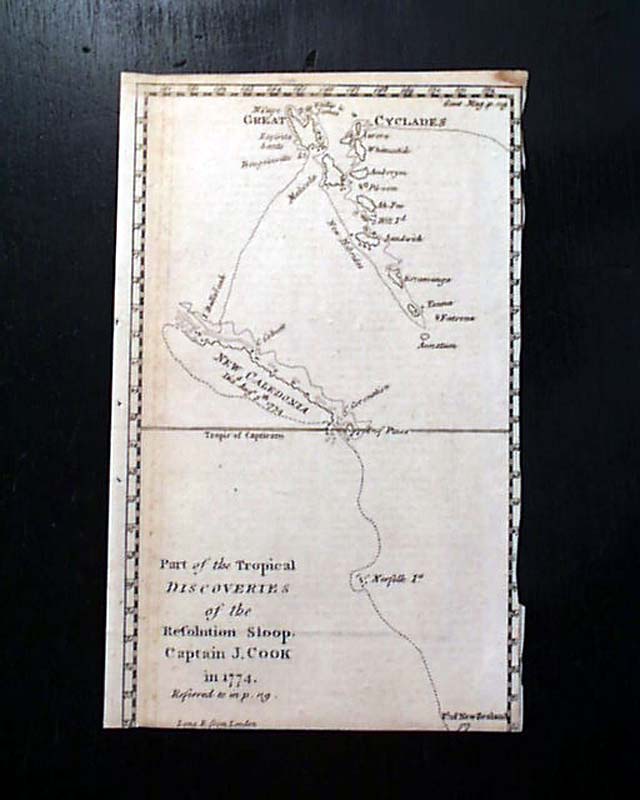 This issue includes a lengthy article (3+ pages) on Captain Cook and the: "Resolution's Voyage of Discovery to the Southern Hemisphere".
Accompanying this article is a rare full page map titled: "Part of the Tropical Discoveries of the Resolution Sloop, Captain Cook in 1774, Referred to in p. 119" and page 119 is the mentioned article. The map measures 5 by 8 1/4 inches, is a bit irregular at the right margin and close-trimmed at the bottom affecting the border but not the map.
Another unrelated map is called for but is lacking.
Lengthy text on: "Account of the Proceedings of the American Colonists since Passing the Boston Port Bill" includes talk on the taking of Quebec. Nice "resolve" from Congress regarding those who might "...obstruct & defeat the efforts of the United Colonies in the defence of their just rights..." plus more.
The first article has five pages on: "Debates in the Present Parliament" which includes much on the situation in America.
Complete in 48 pages, 5 by 8 inches, full title/contents page featuring an engraving of St. John's Gate, very nice condition. 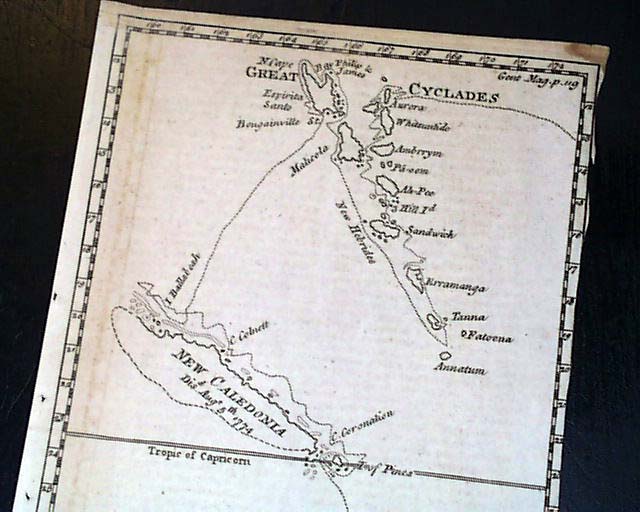 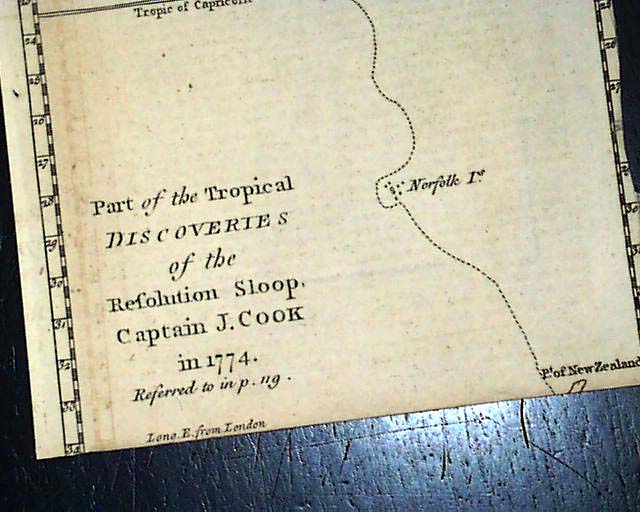 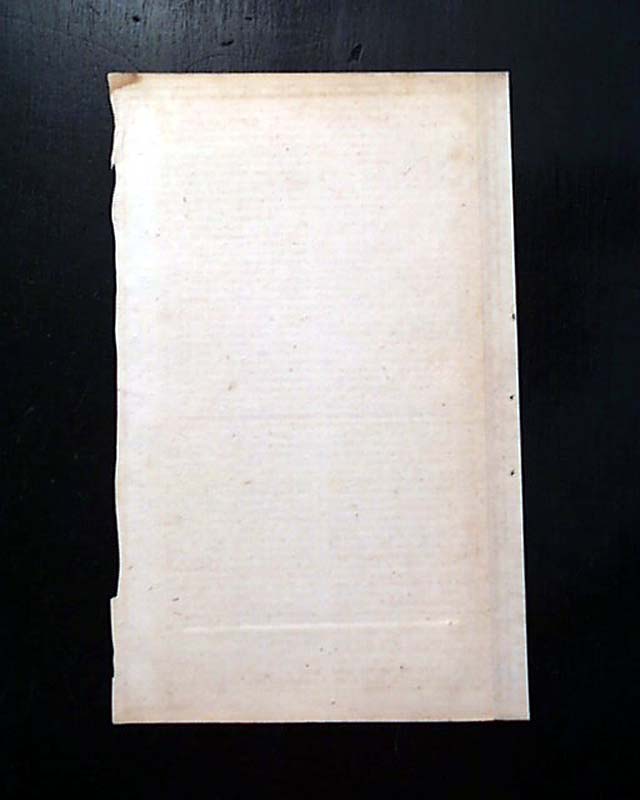 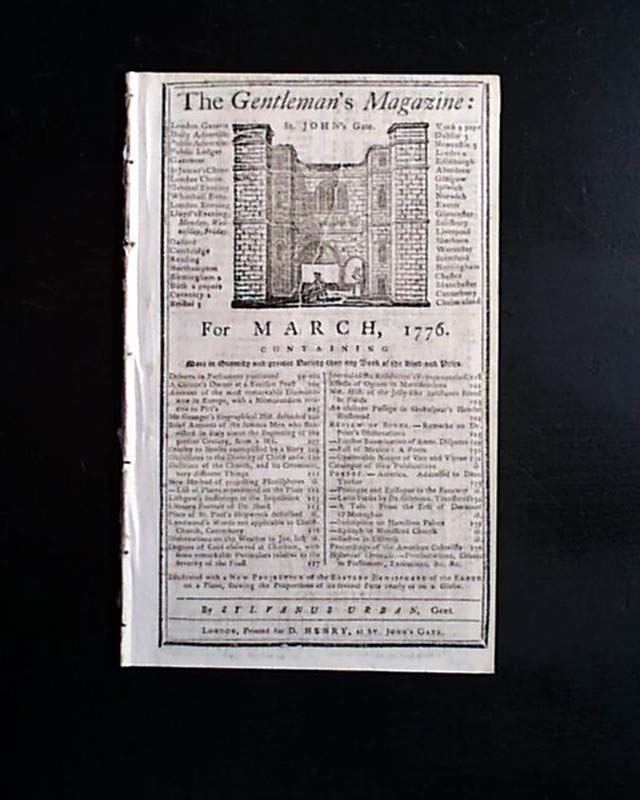 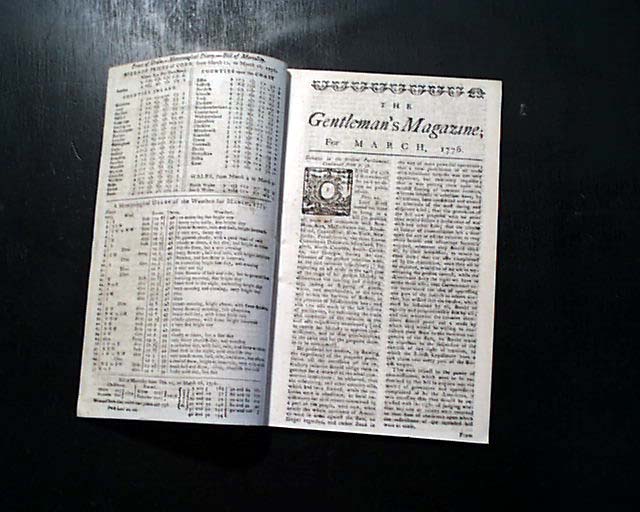 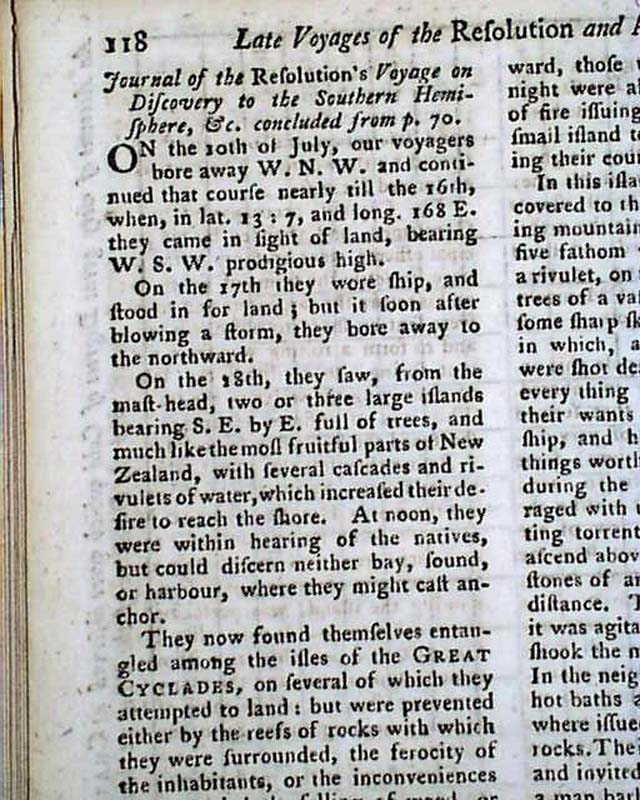 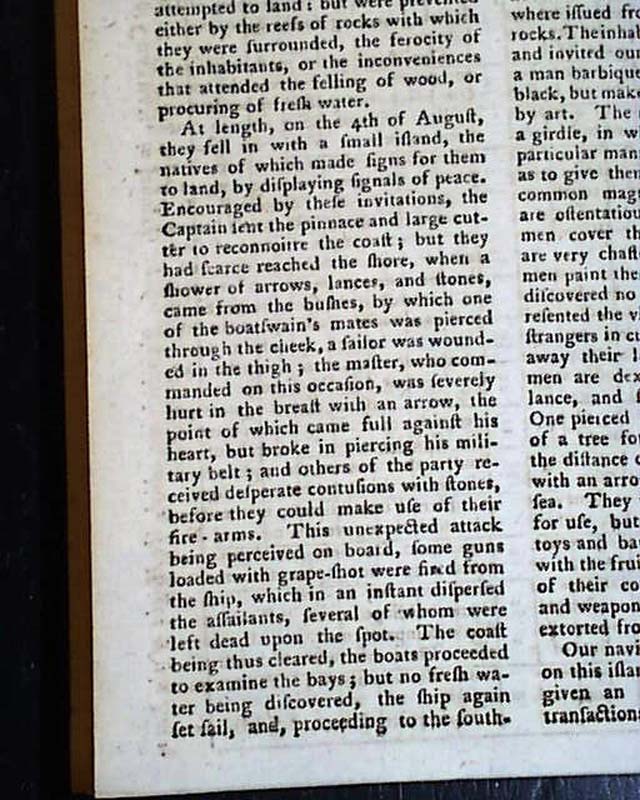 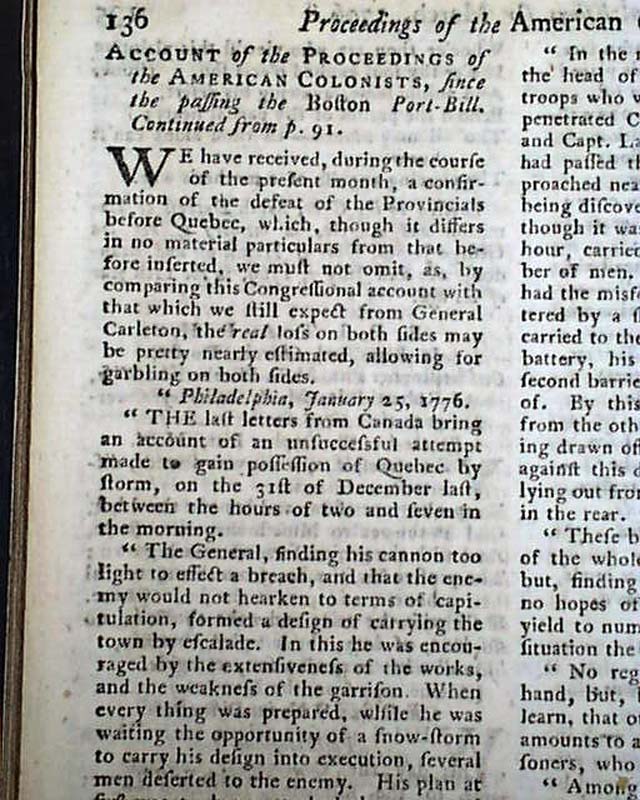 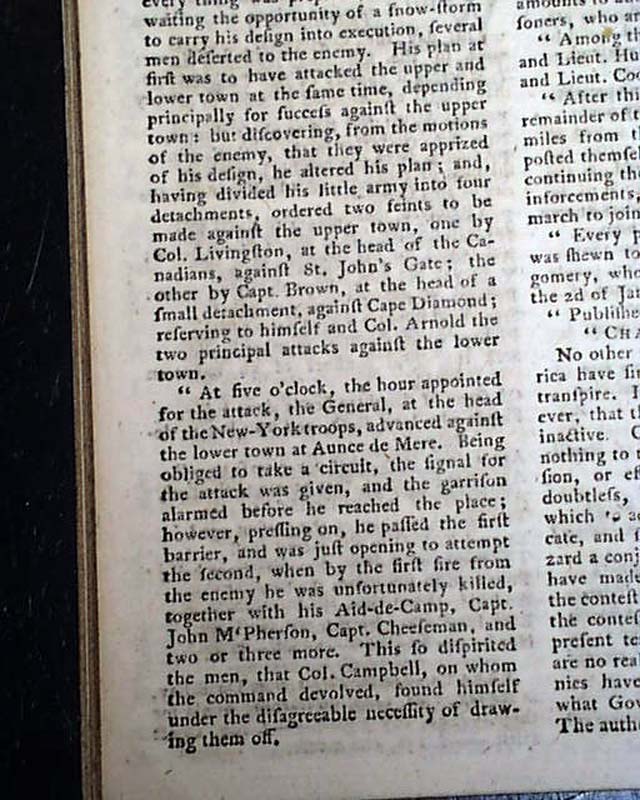 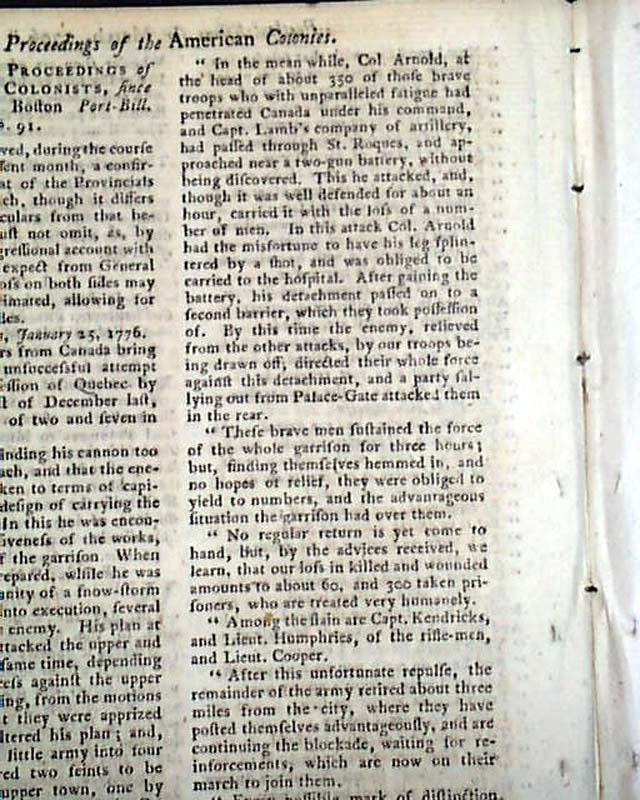 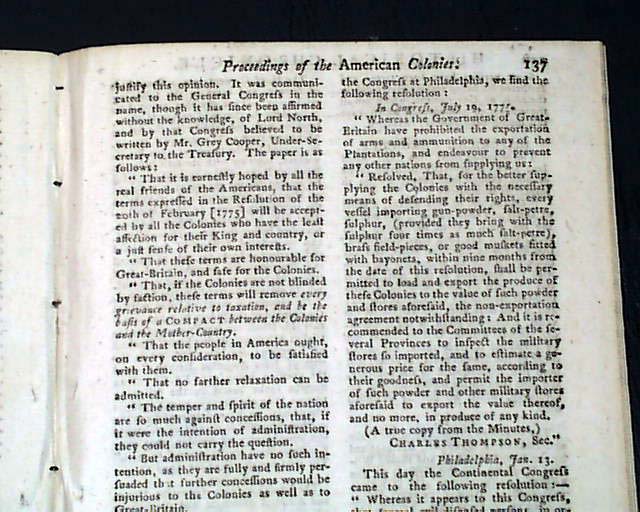