Home > Back to Search Results > Reporting from colonial America...
Click image to enlarge 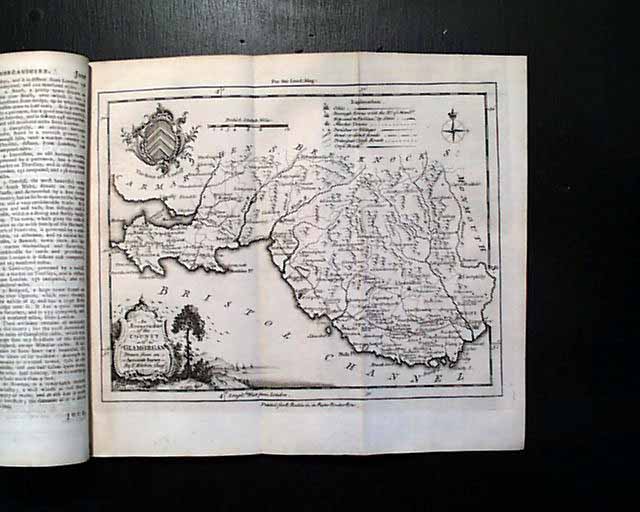 Item # 682584 THE LONDON MAGAZINE, England, June, 1755  Always one of our favorite magazines if only because of the very nice engraving at the top of the title page, showing the skyline of London at the time. Within is a very nice foldout map of the county of Glamorgan (located in the southern portion of Wales), measuring 8 by 9 inches showing much detail, & includes a related article.
Articles include: "Essay on Practicable Men" "A National Race" "State of the French Colonies" "State of the British Colonies" & much more.
Near the back is the "Monthly Chronologer" which has various news reports including some on America with: "...act passed the last sessions of assembly at Boston...the inhabitants...are forbid holding any correspondence with the people of Louisbourg...the masters of any vessel that shall be known to trade there...is to have one of his ears cut off, be publickly whipped..." and: "The assembly of New York has passed an act for raising 4500 pounds...for putting the said colony into a posture of defence, for furthering his majesty's designs against his enemies in North America...".
Complete in 56 pages, full title/contents page featuring the skyline of London, 5 by 8 1/4 inches, very nice, clean condition.