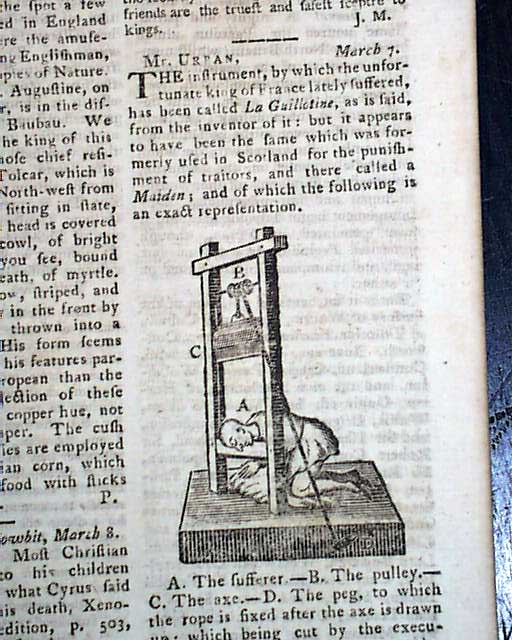 This issue contains the "Minutes of the Proceedings of the National Convention of France" which takes 4 pages with considerable detail on the trial of Louis XVI and includes a subhead: "The Final Judgment of Louis XVI" which has text which includes: "...Is Louis guilty?...I hereby declare that the National Convention has found Louis Capet guilty of a conspiracy against the liberty of the Nation, and the safety of the state..." with much talk on what they should do with him including the votes of various individuals.
Ultimately they report: "...I vote for Death! Ah! could we but as easily dispose of all Tyrants!...the president took off his hat, and, lowering his voice, said 'In consequence of this, I declare, that the punishment, pronounced by the National Convention against Louis Capet, is Death!" followed by more discussion. This text is continued in a future issue.
Most intriguing is a print of the new "...instrument by which the unfortunate king of France lately suffered..." being the guillotine, with some details as to how it works. This is the only period engraving of the guillotine I have seen in periodical.
This issue has much other news of the day but it pales in comparison to the reporting on Louis XVI and the print of the guillotine.
All four plates called for are present.
Complete in 96 pages, full title/contents page, 5 by 8 inches, very nice condition. 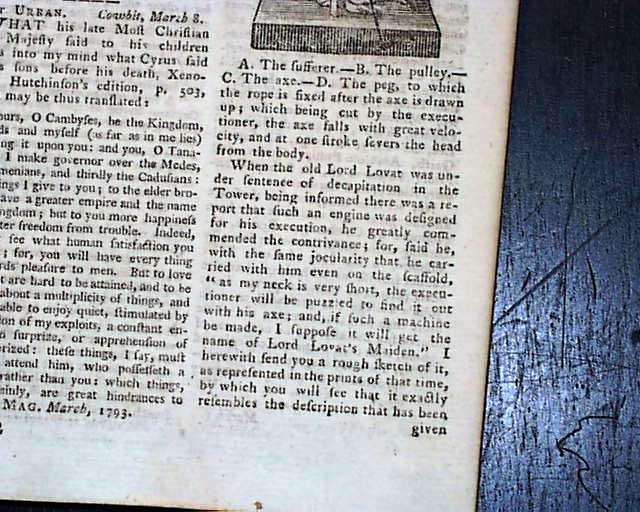 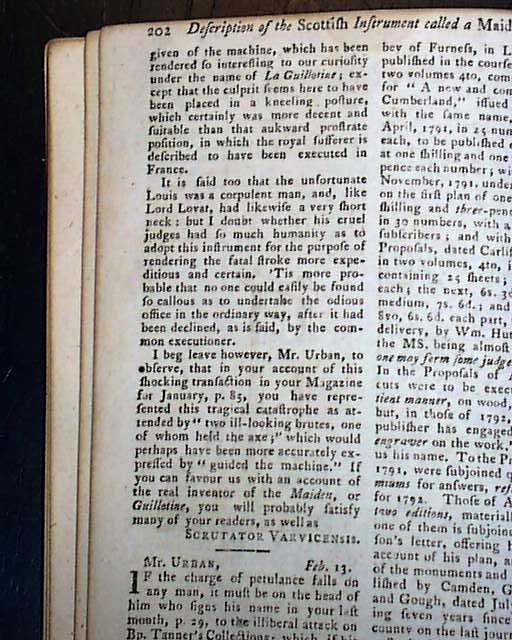 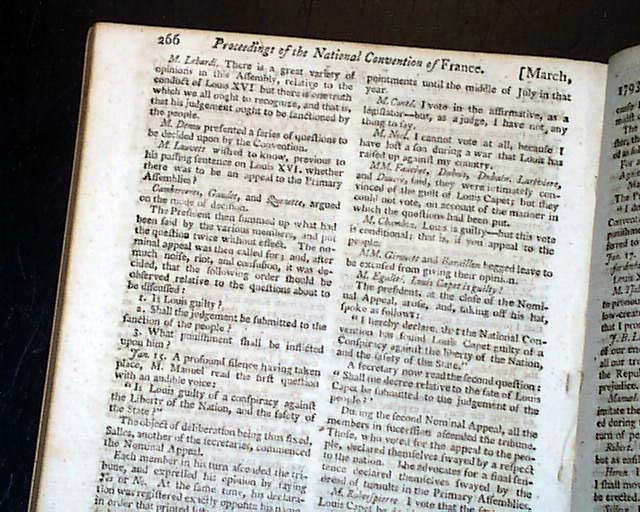 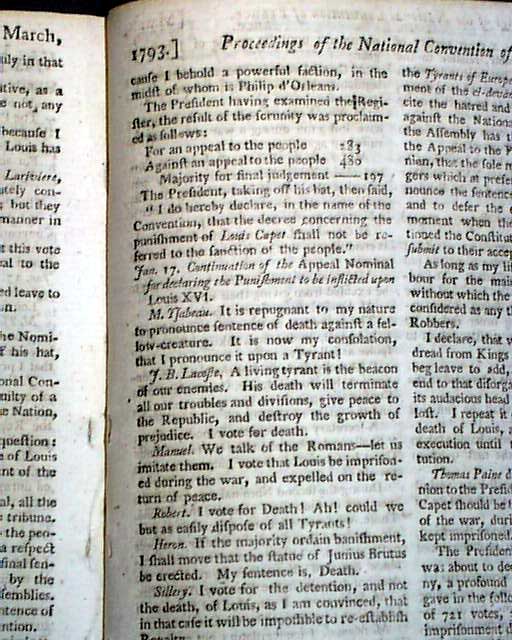 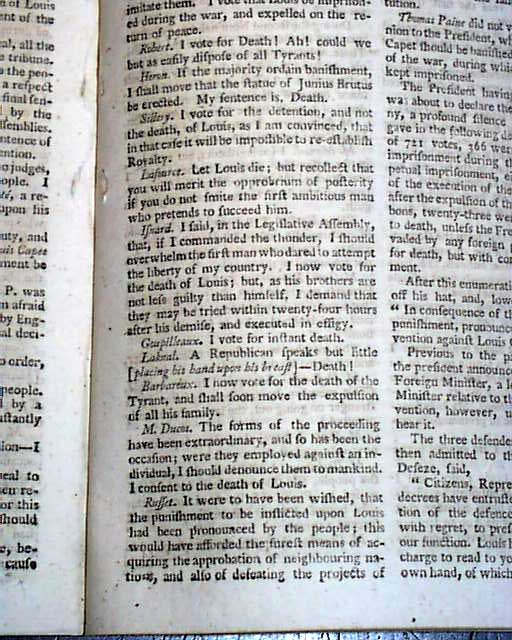 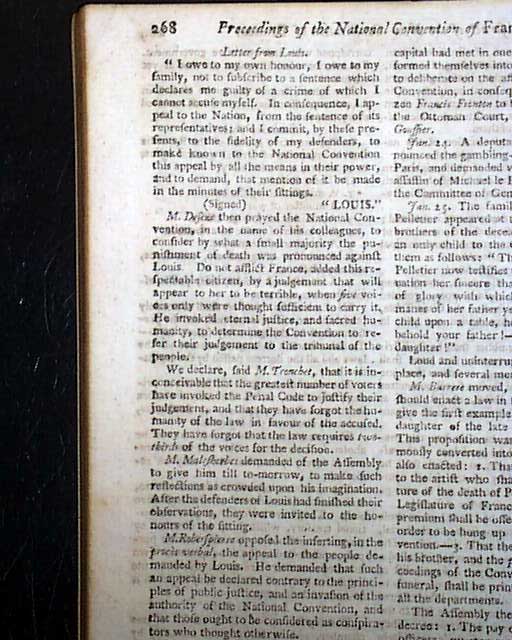 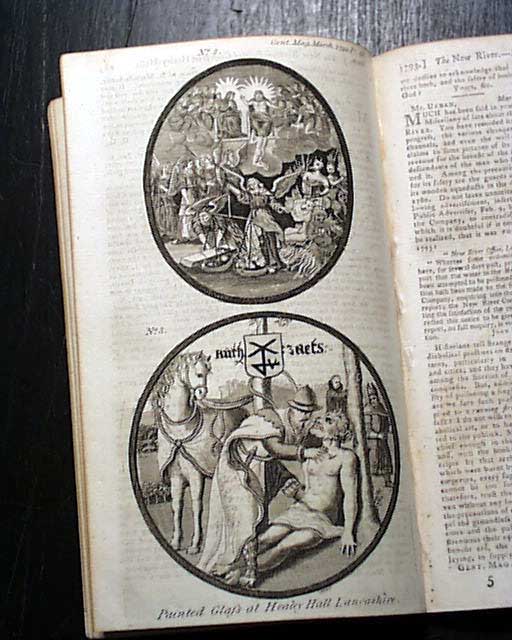 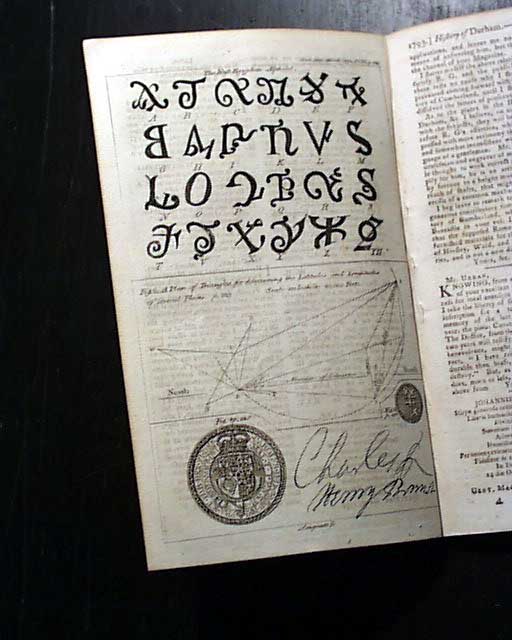 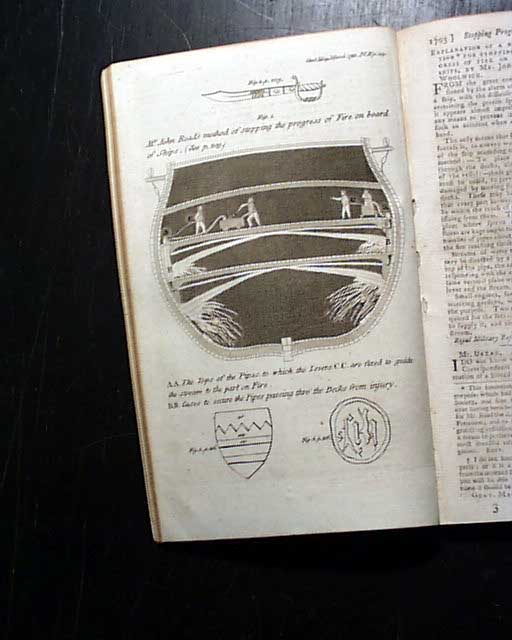 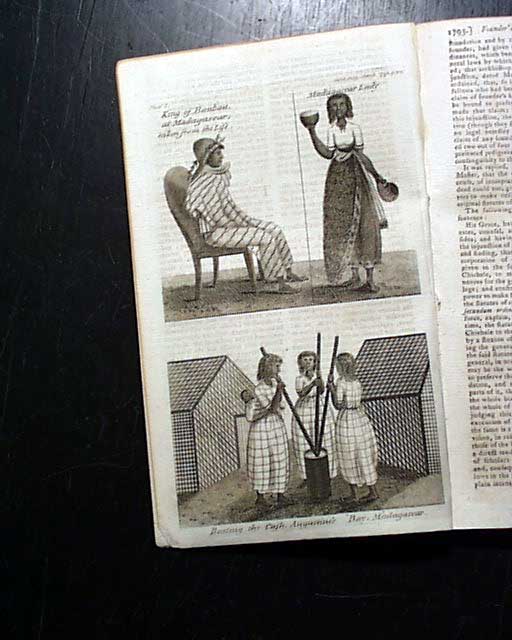 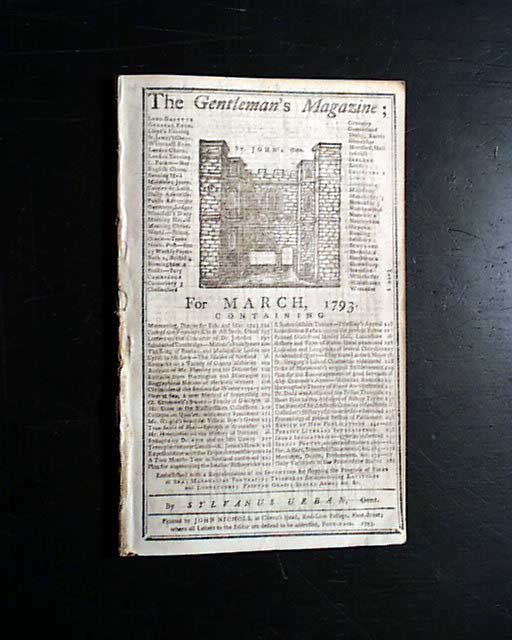