Home > Back to Search Results > Map of the Caribbean island of Tobago...
Click image to enlarge 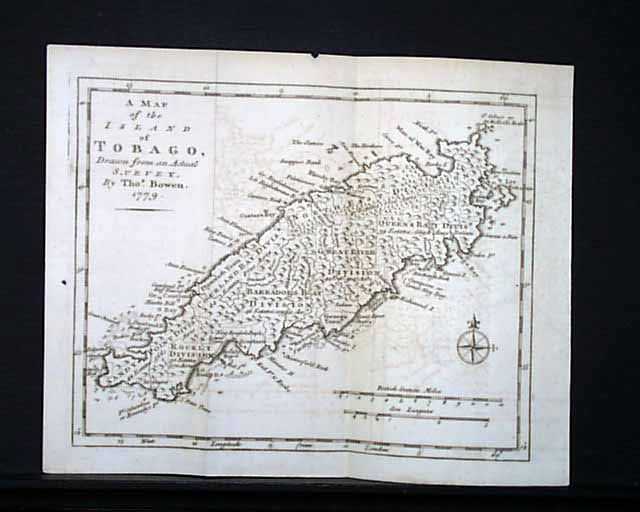 Map of the Caribbean island of Tobago...

A very nice "Supplement" issue published at the end of the year, & from the Revolutionary War.
Perhaps the best item in this issue is the very nice foldout map titled: "A Map of the Island of TOBAGO, Drawn from an Actual Survey by Thos. Bowen 1779". The map is quite detailed and measures 8 1/2 by 10 1/2 inches in very nice condition.
Also included in the issue is: "Narrative of the Negotiation in America" concerning the "...commissioners empowered by his Majesty to quiet the disorders & restore peace in the American Colonies...", which takes over nine pages. Part of this lengthy report is the letter to Henry Laurens in Congress at Philadelphia from James Gambier, one of the commissioners from England.
In this issue as well is a lengthy: "Summary of Proceedings in the last session of Parliament" taking over 11 pages.
Complete in 38 pages, 5 1/4 by 8 3/4 inches, half title/contents page, very nice condition.