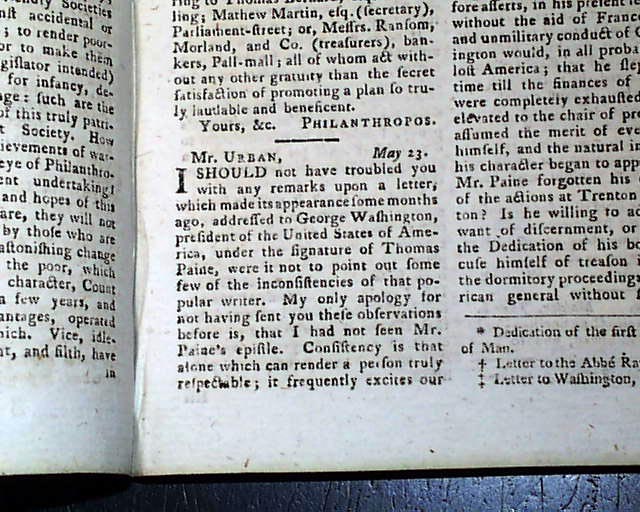 Includes an interesting article: "Inconsistencies in Thomas Paine's Writings Pointed Out" which is a letter taking over a full page, beginning: "I should not have troubled you with any remarks upon a letter, which made its appearance some months ago, addressed to George Washington, president of the United States of America, under the signature of Thomas Paine, were it not to point out some few of the inconsistencies of that popular writer..." with much more.
Also within is an "Essay on Provincial Coins" which has numismatic interest.
Included are the three page plates called for, one of which shows: "Gover's New Improved Gun Carriage".
Complete in 88 pages, full title/contents page with an engraving of St. John's Gate, 5 by 8 inches, great condition.