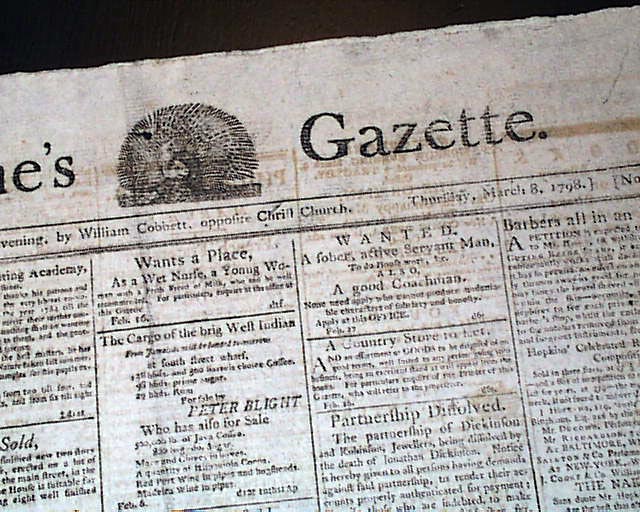 
PORCUPINE'S GAZETTE, Philadelphia, March 8, 1798  This was William Cobbett's important and controversial--but short-lived--daily newspaper.
Cobbett was a prolific & controversial publisher who often wrote under the pen-name of "Peter Porcupine." He was famous for sniping at his political opponents, usually those of a Jeffersonian-Republican sentiment. The first issue appeared on March 4, 1797 and the newspaper lasted but 770 issues.
Four pages, never-trimmed margins, nice condition. 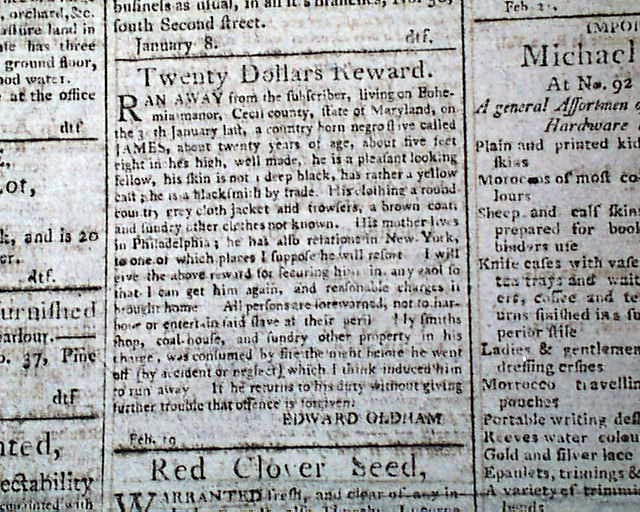 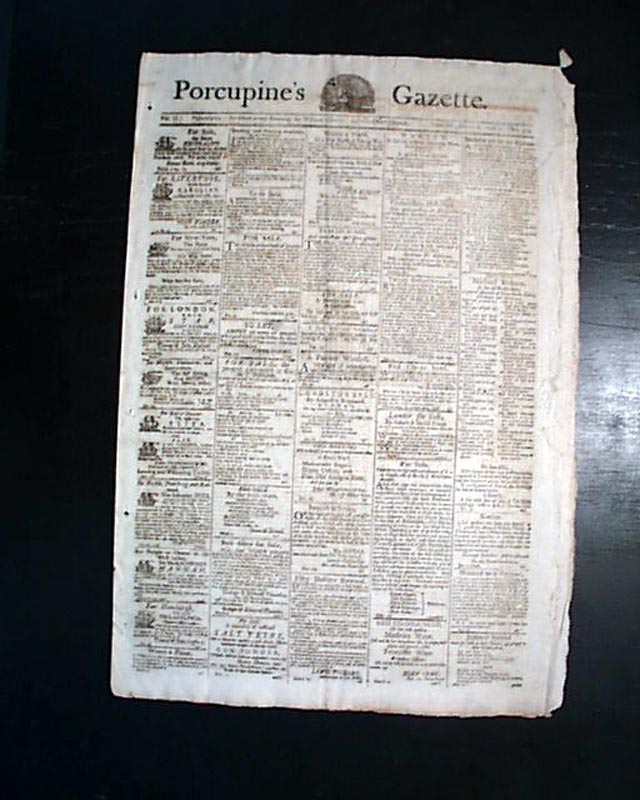 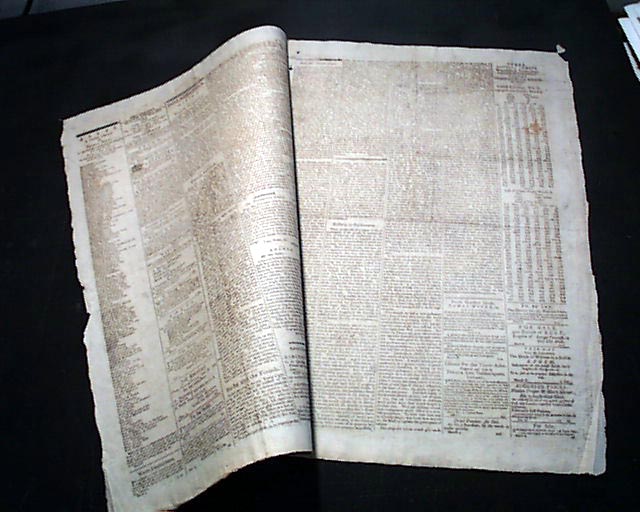