Home > Back to Search Results > The battle of Fort Apache...
Click image to enlarge 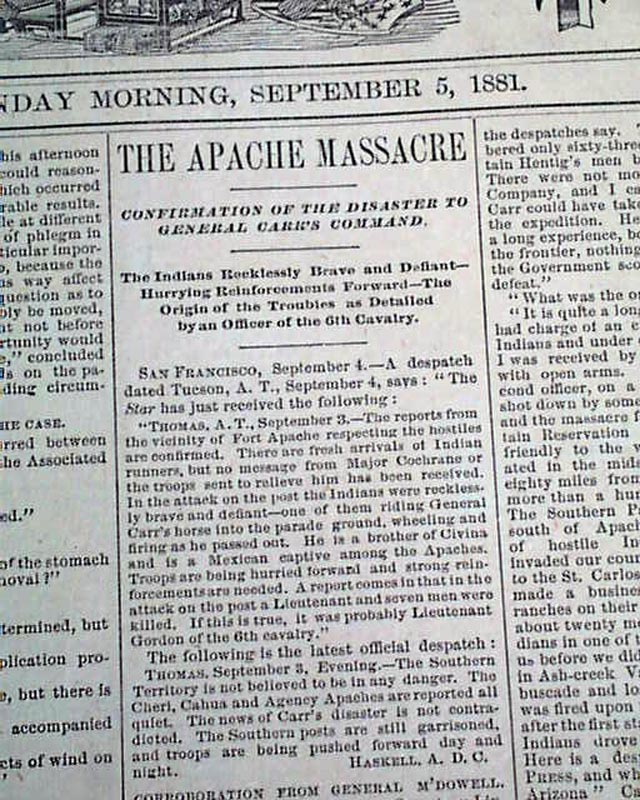 The battle of Fort Apache...

The front page has most of a column taken up with what is known as the Battle of Fort Apache, which occurred in eastern Arizona Territory on September 1.
The top of a column is headed: "THE APACHE MASSACRE" "Confirmations of the Disaster To General Carr's Command" "The Indians Recklessly Brave and Defiant--Hurrying Reinforcements Forward--The Origin of the Troubles as Detailed by an Officer of the 6th Cavalry".
A fine and detailed account.
Eight pages, some margin chipping and some margin tears, generally good condition but it must be handled carefully.