Home > Back to Search Results > Death of Charles Comiskey in a Chicago newspaper...
Click image to enlarge 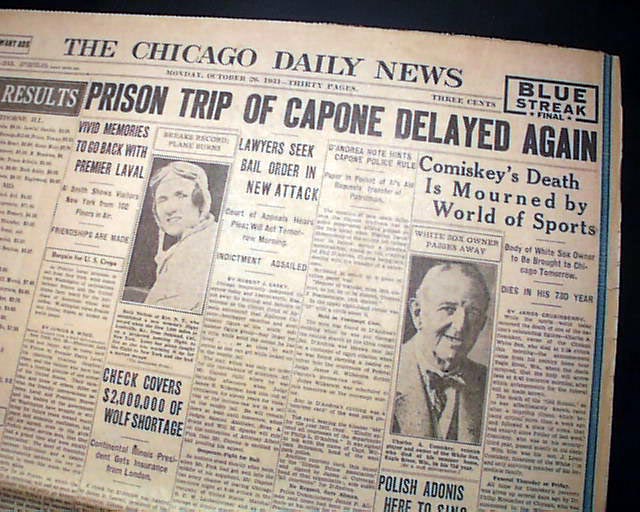 Death of Charles Comiskey in a Chicago newspaper...

A doubly significant issue with two notable reports on the front page. First is the report of the death of Charles Comiskey, owner of the Chicago White Sox baseball team, headed: "Comiskey's Death Is Mourned by World of Sports" with a front page photo of him headed: "White Sox Owner Passes Away".
Much more reporting on his death consumes the front of the sports section including 4 more photos.
Secondly the main headline reports: "PRISON TRIP OF CAPONE DELAYED AGAIN".
Both of these reports are Chicago-related so great to have in a Chicago newspaper.
Complete in 30 pages, never bound, light toning and a little wear at the margins, generally in good condition.