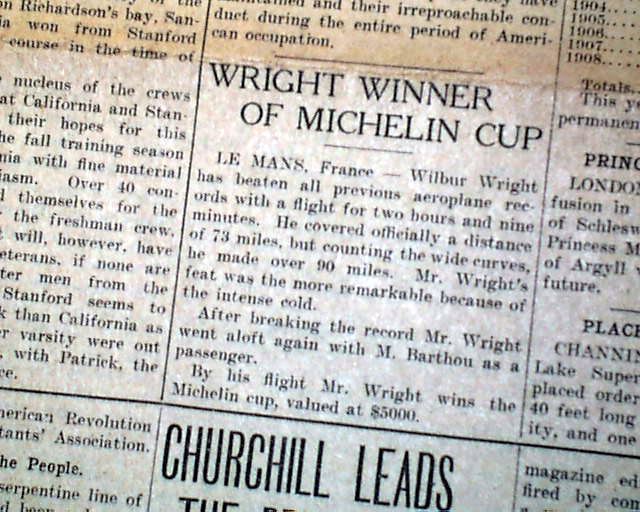 
CHRISTIAN SCIENCE MONITOR, Boston, Jan. 1, 1909  Page 3 has a rather inconspicuous report noting that Wilbur Wright had won the very first International Michelin Cup.
The Michelin Cup was an award sponsored by the French tire manufacturer Michelin for long distance flight made in airplanes. The contest would run through 1935.
The report, from LeMans, France, is headed: "Wright Winner Of Michelin Cup" and begins: "Wilbur Wright has beaten all previous aeroplane records with a flight for two hours and nine minutes..." and ends with: "By his flight Mr. Wright wins the Michelin Cup, valued at $5000."
Complete in ten pages, toning at the central fold, good condition.