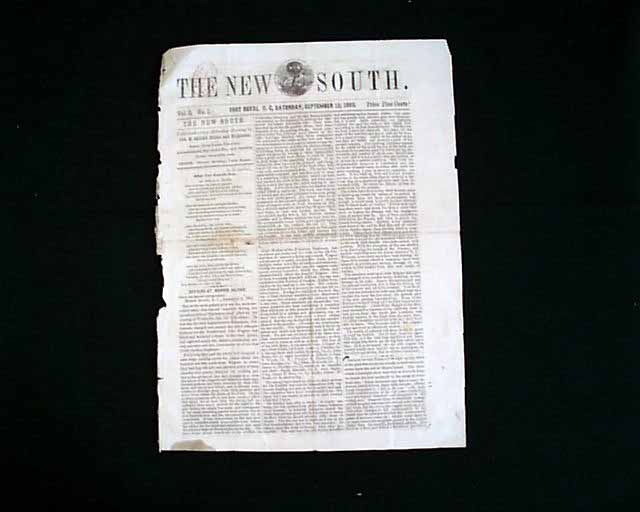 This newspaper was established in March of 1862 at Port Royal, after its capture by Union forces during the early part of the Civil War. Issued in a "military command", the newspaper sought to provide mostly military but no political news for the soldiers, so as not to distract them from their mission which was the suppression of the rebellion.
It is also interesting that a Union newspaper was published in South Carolina considering the state remained a Confederate stronghold until the end of the war.
Notable content includes a front page report: "Affairs At Morris Island" with more about Morris Island on page 2. Also two military letters concerning the shelling of Charleston. On page 3 under "Deaths" is a list of Union soldiers who died, many from disease or sickness, plus a list of the sick and wounded men on the hospital ship Cosmopolitan.
Other war-related content as well. An inked library stamp in the masthead, front page has a bit of fold wear, irregular at the spine. Complete in four pages, 12 3/4 by 9 3/8 inches.