Home > Back to Search Results > A "street" newspaper by Hobos...
Click image to enlarge 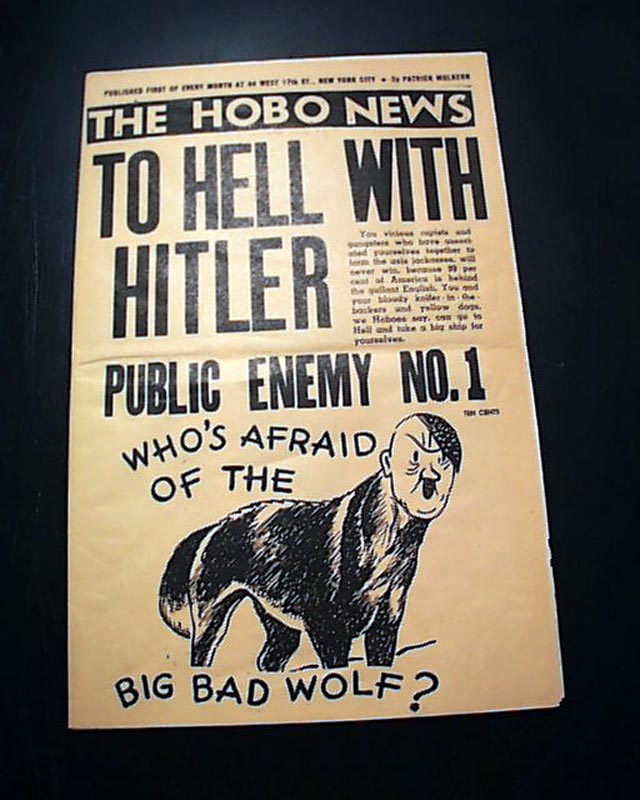 A "street" newspaper by Hobos...


THE HOBO NEWS, New York, (early 1940)  An interesting monthly"street" newspaper which existed from 1936 to 1948 which was distributed by street sellers in bohemian areas.  It was produced in part by Hobos. There is no date, however the dramatic front page would indicate it is from some time in 1940, or at least before America's entry in the war.
The front page is dramatic with: "TO HELL WITH HITLER - Public Enemy No. 1" with a cartoonish print of Hitler as a wolf. An equally dramatic back page.
Complete in 20 pages, great condition.