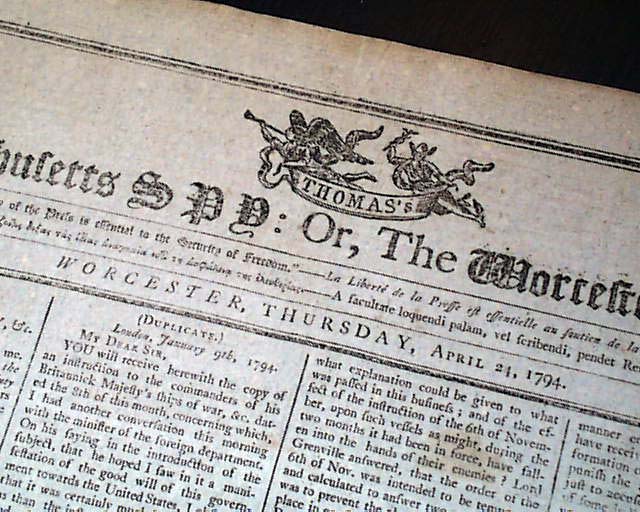 A handsome issue for display given the decorative masthead and the wide, untrimmed margins. Various news reports of the day with a number of illustrated advertisements on the back page.
Four pages, a little irregular at the margins, generally very nice.