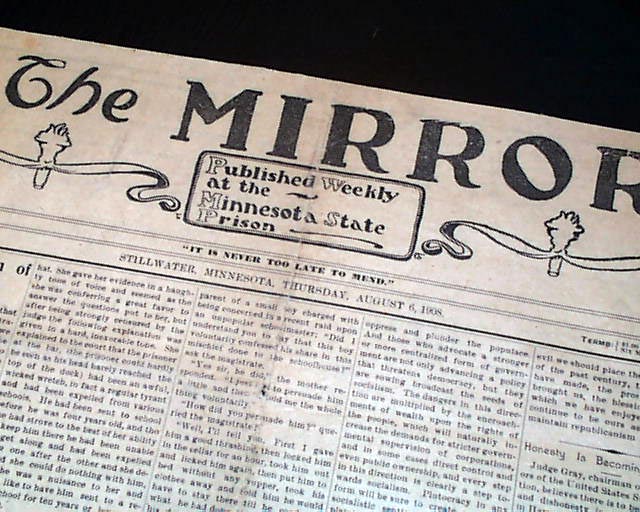 As noted in the masthead: "Published Weekly at the Minnesota State Prison". This claimed to be the longest, continuously published prison newspaper in the country, having begun in 1887 & still publishing today.
Of interest is that this newspaper was co-founded by brothers Cole, Robert and James Younger, members of the Jesse James-Younger brothers gang of outlaws who were serving life sentences after taking part in their infamous raid in Northfield, Minnesota.
Four pages, some toning, minimal fold wear, generally nice.