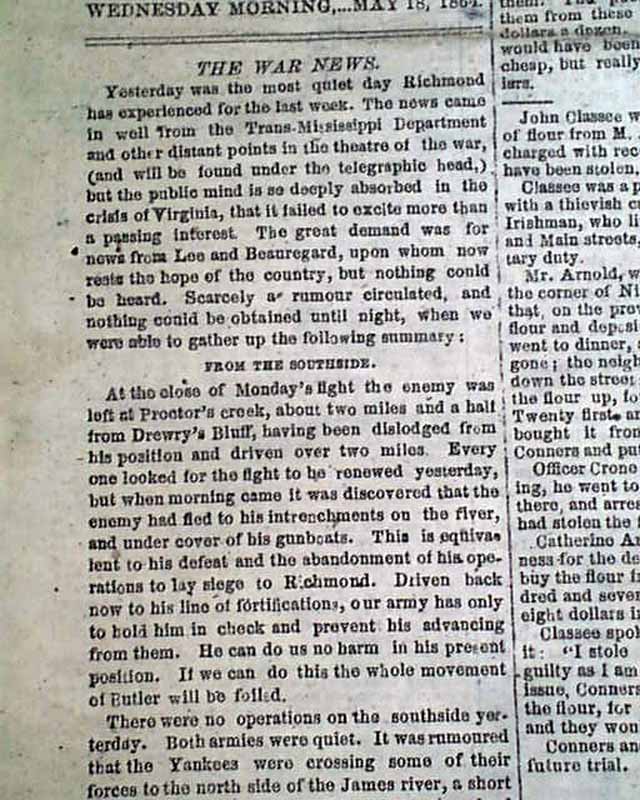 A nice newspaper from the capital of the Confederacy. The front page includes: "The War News" "From General Lee's Army" "City Intelligence" "The Wounded of the Two Armies" "From North Georgia--The enemy Attack Our Lines But Are Driven Back" "From the Trans-Mississippi--Banks Reported Surrounded--capture of Large Quantity of Stores & Several Gunboats" "Latest From General Lee's Army" and more.
The back page has a lengthy editorial beginning: "The battle near Brewry's Bluff was imperfectly appreciated in Richmond till yesterday...confederate valour never had a more splendid illustration..." and much more. Also: "How Grant Made His Men Fight" "How Banks Was Thrashed in Louisiana" and more.
Complete as a single sheet newspaper with a full banner masthead, very nice condition.