Home > Back to Search Results > Protection for Negro soldiers...
Click image to enlarge 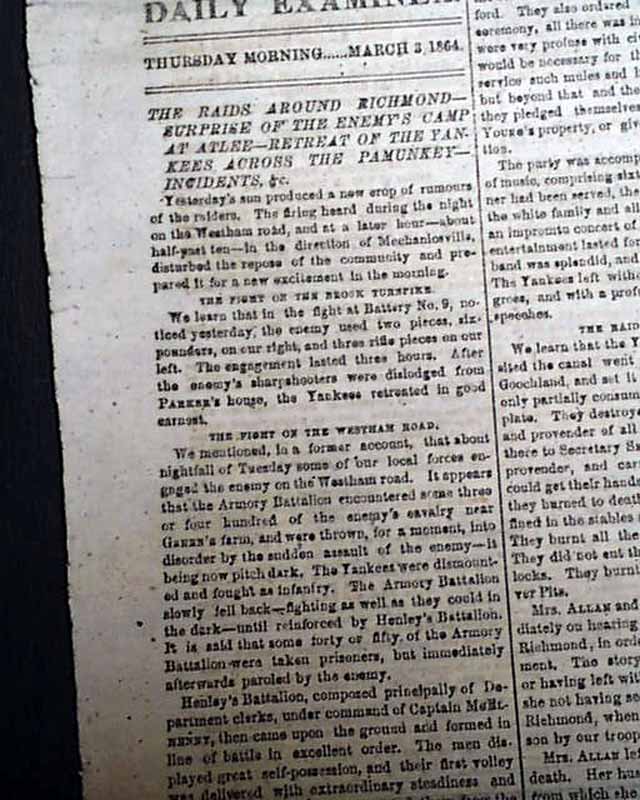 A nice newspaper from the capital of the Confederate States of America. The front page includes: "The Raids Around Richmond--Surprise Of the Enemy's Camp at Atlee--Retreat of the Yankees Across the Pamunkey--Incidents, etc." which takes two columns. Also: "From The Peninsula" "Allowance of Rations to Commissioned Officers--Purchase of Clothing, etc.
The back page has a lengthy editorial, as well as: "Yankee Protection To Negro Soldiers--A 'Retaliation' Correspondence" which takes nearly a column. Also reports from: "The Virginia Legislature" and "Foreign Opinions of the War" and two Acts from the Confederate Congress.
Complete as a single sheet newspaper with a full banner masthead, in great condition.