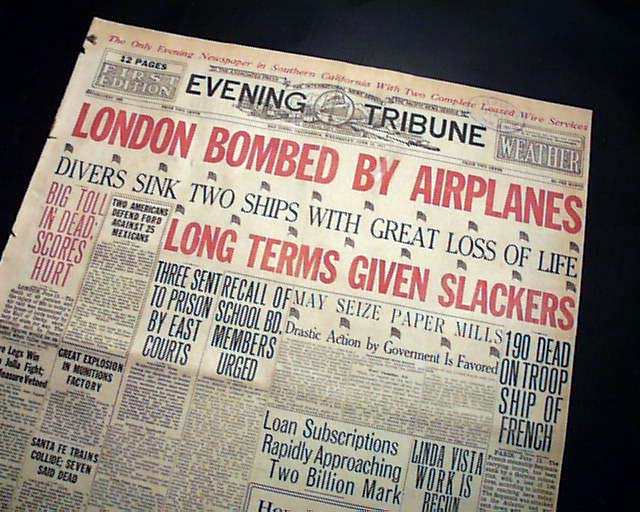 The front page has a nice banner headline: "GERMAN RAIDERS KILL SCORES IN ENGLISH CITIES" with subhead. (see) Nice for display. (see) Surprisingly this issue is in good condition being from the "wood pulp" era. Very hard to find issues that are not totally fragile from this era in paper. Rare as such.
Complete with 12 pages, small library stamp within the masthead, small light stain where a address label was removed within the headline, generally nice.

wikipedia notes: A second attack on 5 June was diverted to Sheerness in Kent but a third raid on 13 June, was the first daylight raid on London, causing 162 deaths and 432 injuries. Among the dead were 18 children, killed by a bomb falling on the Upper North Street School primary school in Poplar. This was the deadliest air raid of the war and no Gothas were lost.