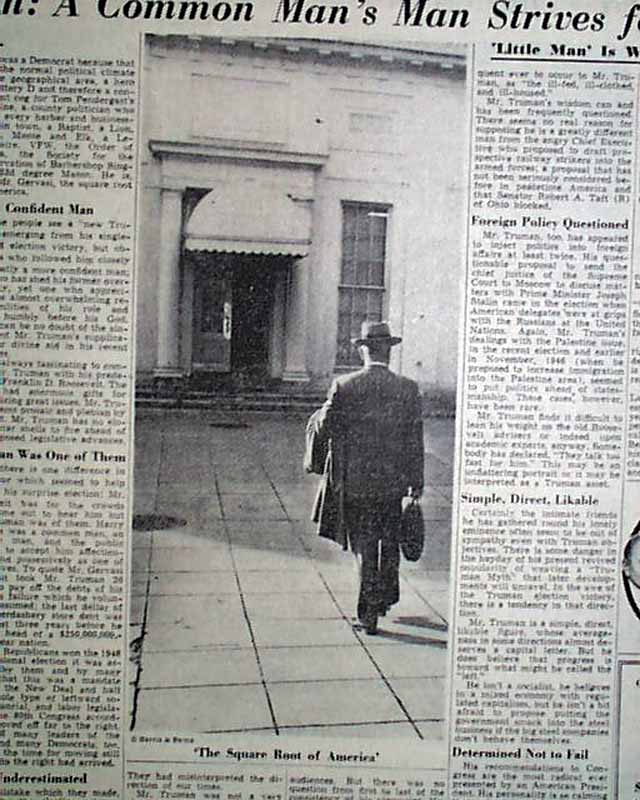 
THE CHRISTIAN SCIENCE MONITOR, Boston, Jan. 20, 1949  This newspaper took a different approach on the coverage of Harry Truman's inauguration.
Typically the front page carries a large photo of the new President. This issue has an ink-drawing captioned: "Harry S. Truman: From Farm Boy to President" with the only photo on page 2, showing him walking into the White House/
The six-column headline reads: "Truman Offers Program for World Peace, Assails 'False Philosophy' of Communism". The text of his inaugural address and other coverage is inside .
Complete in 14 pages, nice condition.