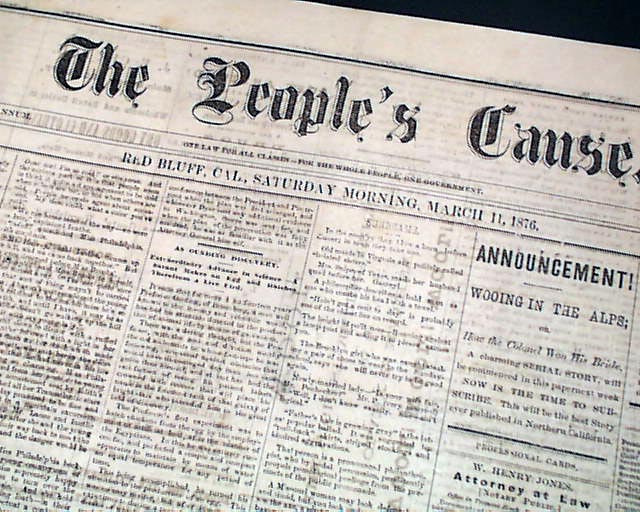 
THE PEOPLE'S CAUSE, Red Bluff, California, March 11, 1876  An interesting title from Northern California. Quite scarce as well, as we only had 3 issues.
Red Bluff was originally known as Leodocia, but was renamed to Covertsburg in 1853. It got its current name in 1854. Located at the head of navigation on the Sacramento River the town flourished in the mid to late 19th century as a landing point for miners heading to the Trinity County gold fields.
Four pages, some stains, good condition.