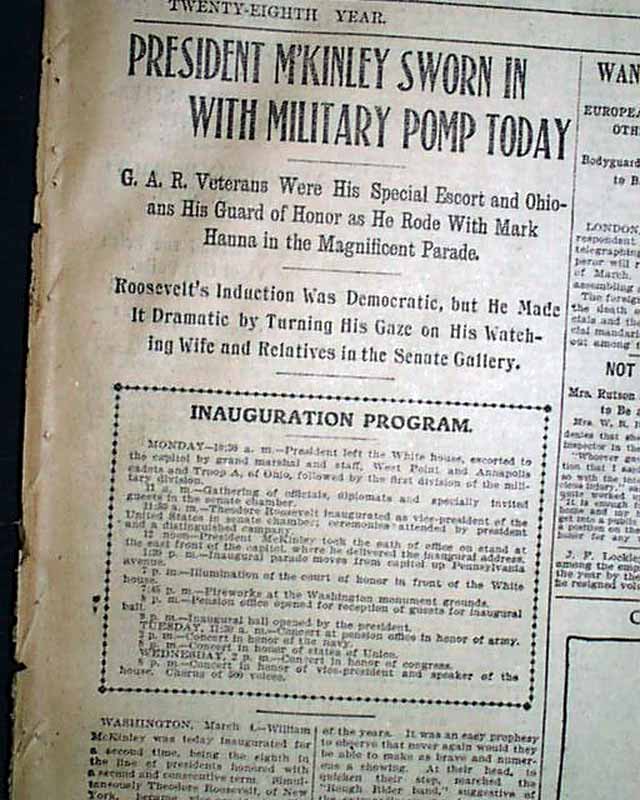 The front page has a two-line, two-column headline: "President M'Kinley Sworn In With Military Pomp Today" with subheads: "G. A. R. Veterans Were His Special Escort and Ohioans His Guard of Honor as He Rode With Mark Hanna in the Magnificent Parade" "Roosevelt's Induction Was Democratic, bu He Made It Dramatic by Turning His Gaze on  His Watching Wife and Relatives in the Senate Gallery".
Additional coverage is inside, including the text of the inauguration speech.
Complete in ten page, very good condition. Should be handled with some care.