Home > Back to Search Results > Regarding the surrender of Harper's Ferry...
Click image to enlarge 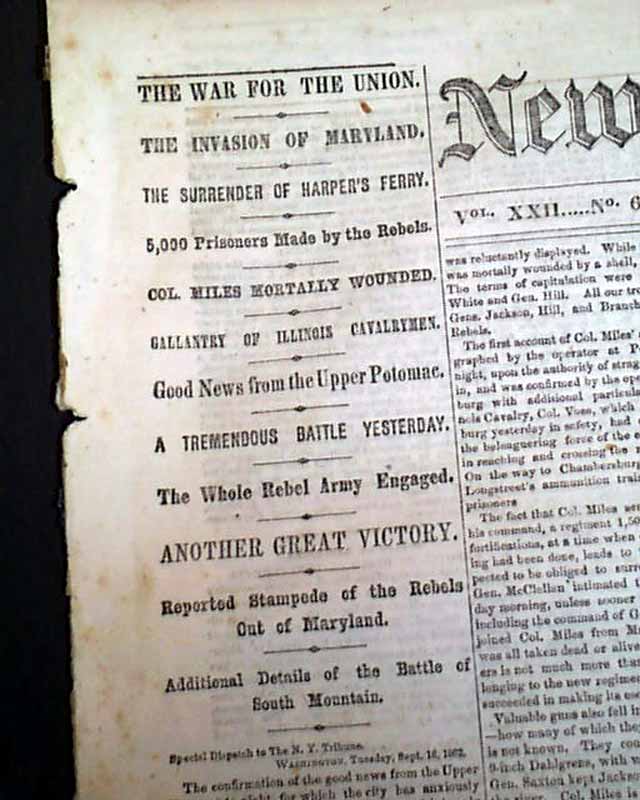 Regarding the surrender of Harper's Ferry...


NEW YORK TRIBUNE, Sept. 17, 1862  Among the ftpg. column heads on the Civil War are: "The War For The Union", "The Invasion of Maryland", "The Surrender of Harper's Ferry", "5,000 Prisoners Made by the Rebels" "A Tremendous Battle Yesterday", "The Whole Rebel Army Engaged", "Another Great Victory", "Reported Stampede of the Rebels Out of Maryland", "Great Battle in Kentucky", "Bragg With a Large Force Engaged", and more.
Page 3 has heads concerning the events just before the battle of Antietam, with: "The Invasion of Maryland" "Two Important Battles" "The Union Arms Victorious" "Death of General Reno" and more.
Eight pages, very nice condition.