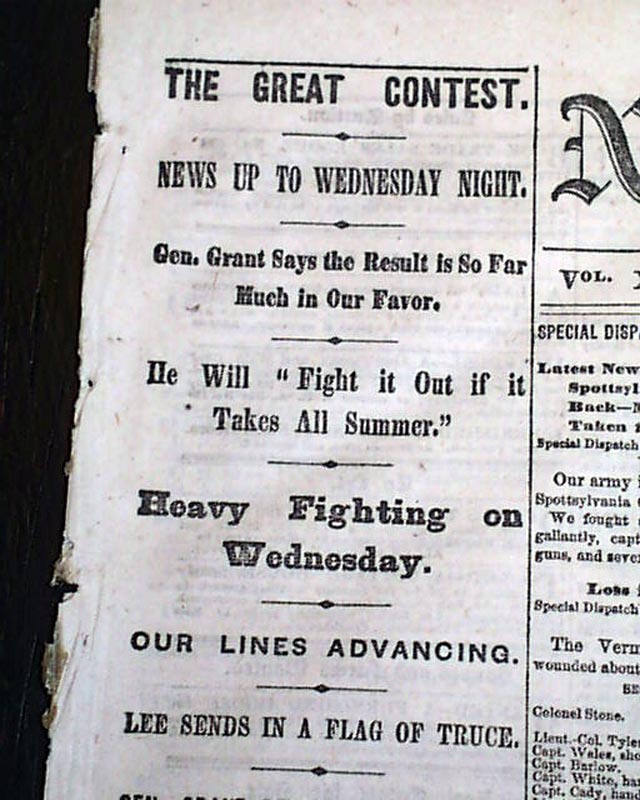 The front page has nice first column heads on the Civil War including: "THE GREAT CONTEST" "Gen. Grant Says the Result is So Far Much in Our Favor" "Heavy Fighting on Wednesday" "Lee Sends In a Flag of Truce" "Gen. Grant Refuses An Armistice" "Grant Pushing on to Find Them" "Our Cavalry in Lee's Rear".
Another  of the heads is one of the more famous utterances of the Civil War, as Grant expressed his frustration in the progress of wearing down Robert E. Lee in the battle of the Wilderness: "He Will 'Fight it Out if it Takes All Summer.".
This famous quote--in its more complete form--is printed again within the body of the dispatch from U.S. Grant to Major General Dix: "...I propose to fight it out on this line if it takes all summer. The government is sparing no pains to support him."
Eight pages, very nice condition.