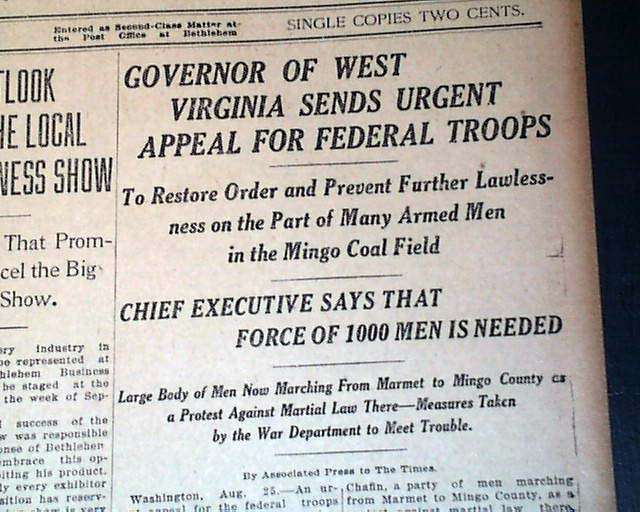 The top of the front page has a two column headline: "GOVERNOR OF WEST VIRGINIA SENDS URGENT APPEAL FOR FEDERAL TROOPS" with subheads. (see) Coverage of the beginning of the Battle of Blair Mountain in the coal regions of West Virginia.
Complete in 14 pages, light toning and some wear at the margins, should be handled with care.