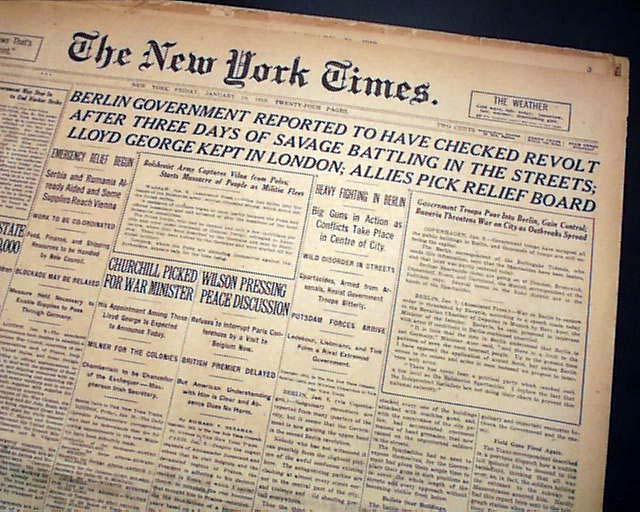 The top of the front page has a six column headline: "BERLIN GOVERNMENT REPORTED TO HAVE CHECKED REVOLT AFTER THREE DAYS OF SAVAGE BATTLING IN THE STREETS; LLOYD GEORGE KEPT IN LONDON; ALLIES PICK RELIEF BOARD" with subheads. (see)
Complete with 24 pages, light toning, some wear at the margins, irregular along the spine.