Home > Back to Search Results > Rebels are beaten and routed...
Click image to enlarge 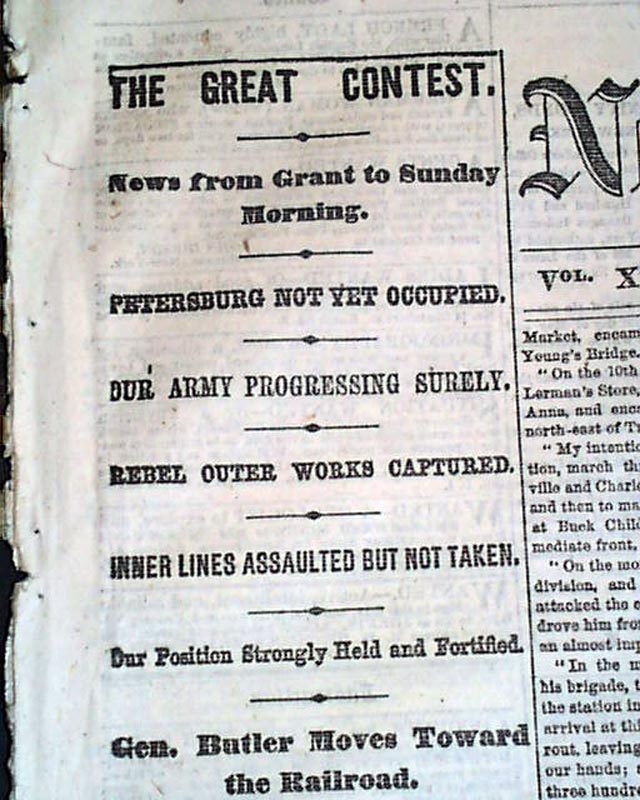 Rebels are beaten and routed...

Over half of the first column is taken up with a nice stack of Civil War heads including: "THE GREAT CONTEST" "Petersburg Not Yet Occupied" "Rebel Outer Works Captured" "Gen. Butler Moves Towards the Railroad" "Rumor that He is Driven Back by Lee" "The Rebels Beaten & Routed" "Later News From Sherman" & more.
Eight pages, very nice condition.