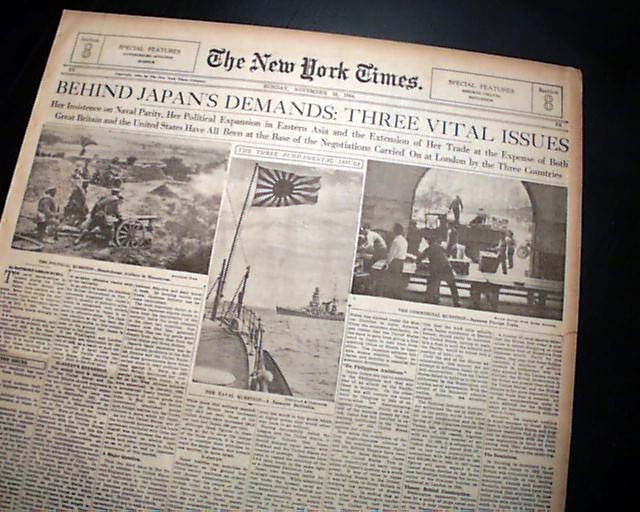 The front page of this section has a banner headline: "BEHIND JAPAN'S DEMAND: THREE VITAL ISSUES" with banner subhead and 3 related photos. (see) Was this the prelude that would eventually lead to the bombing of Pearl Harbor 7 years later ?.
Complete section 8 only with 12 pages, light toning and a little wear at the margins, generally nice. 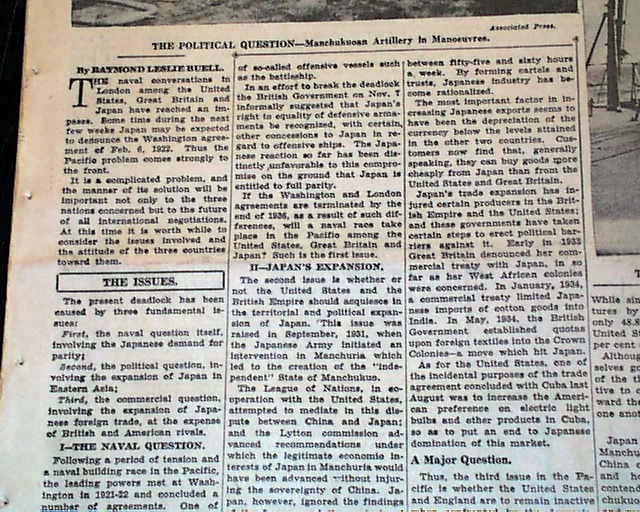 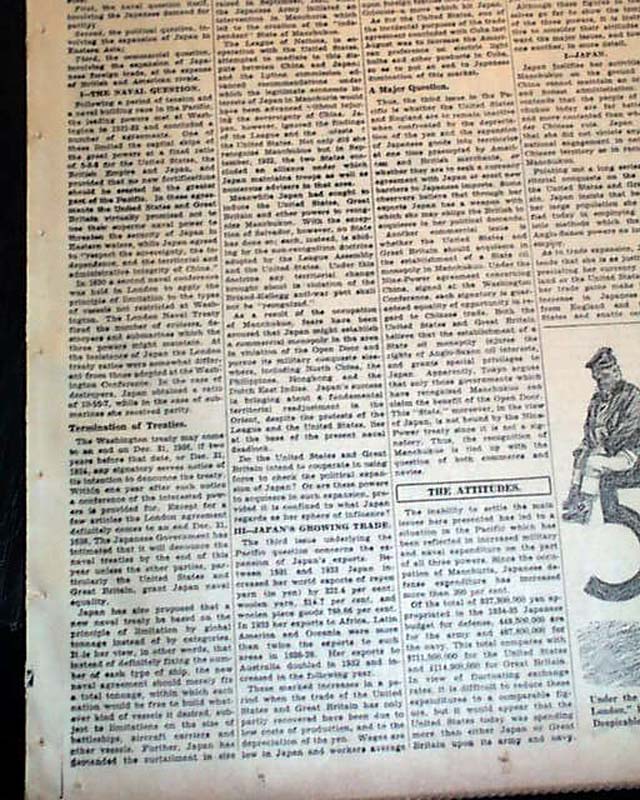 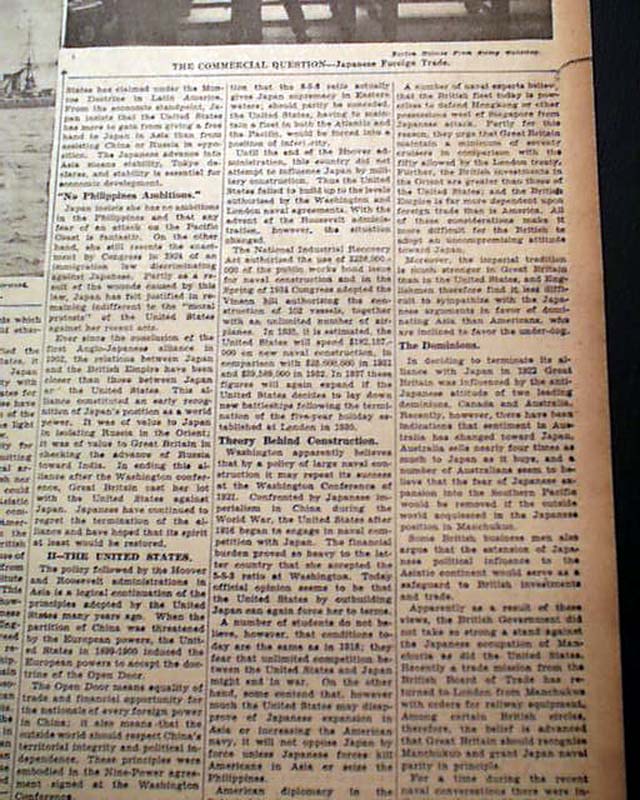 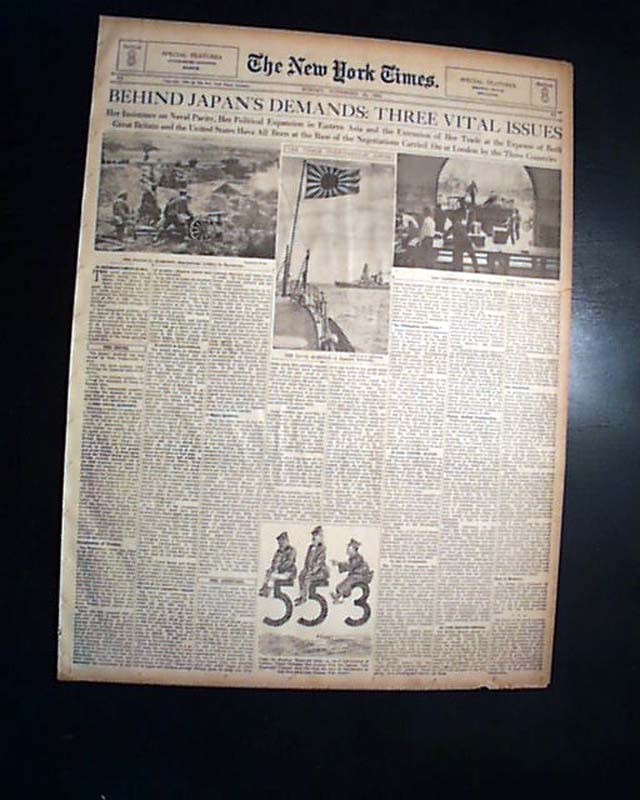