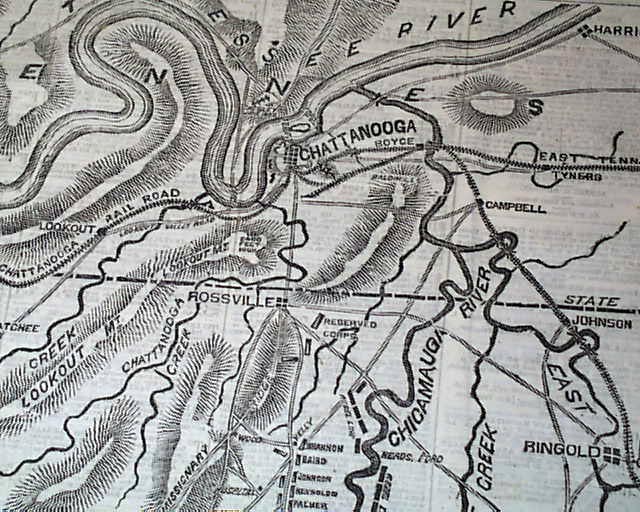 Over half of the front page is taken up with a huge Civil War map headed: "THE BATTLE FIELD AT CHATTANOOGA" showing portions of Georgia as well.
Front page column heads include: "The Three Days' Fighting" "General Thomas Routs the Rebel General Longstreet" "Defeat of McCook and Crittenden" "Terrible Slaughter Among the Rebels" and more.
Another Civil War map is on pate 5 headed: "The Battles At Chattanooga...Relative Position of the Union and Rebel Forces...".
Eight pages, very nice condition.