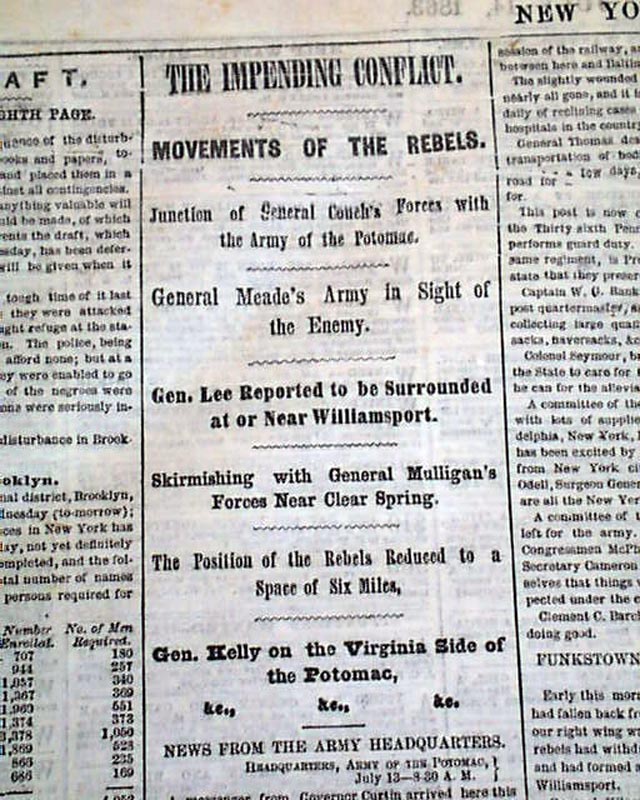 
NEW YORK HERALD, July 14, 1863  Among the front page column heads on the Civil War taking nearly the entire first column are: "THE DRAFT" "Tremendous Excitement in the City" "Popular opposition to the Enforcement of the Conscription" "Enrollment Lists Torn Up" "The Military Ordered Out" "Another Attack on the Crowds" "More killed & Wounded" "Raid On The Negroes" "The Colored Orphan Asylum Laid in Ashes" and so much more.
These infamous riots, in opposition to the recent draft enforcements, remain the largest civil and most racially charged urban disturbance in American history.
Eight pages, very nice condition.