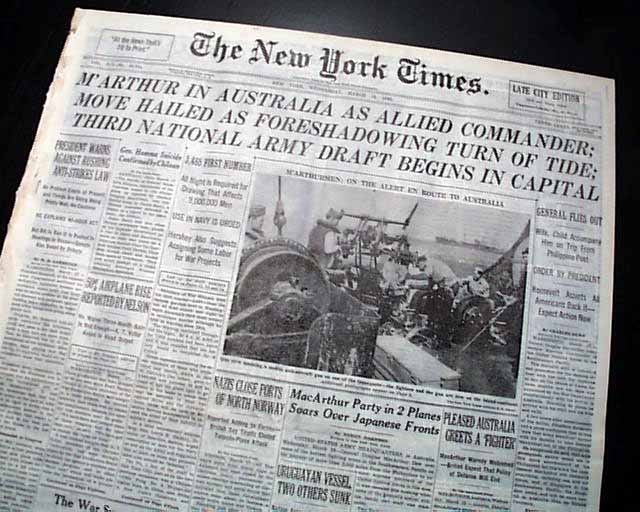 The front page has a nice banner headline: "M'ARTHUR IN AUSTRALIA AS ALLIED COMMANDER; MOVE HAILED AS FORESHADOWING TURN OF TIDE" with subheads and related photo. (see) More on the following pages. Nice to have in this World famous publication.
Complete with all 46 pages, rag edition in nice condition.

wikipedia notes: In March 1942, MacArthur, his family and his staff left nearby Corregidor Island in PT boats and escaped to Australia, where MacArthur became Supreme Commander, Southwest Pacific Area. Upon his arrival, MacArthur gave a speech in which he famously promised "I shall return" to the Philippines. After more than two years of fighting in the Pacific, he fulfilled that promise.