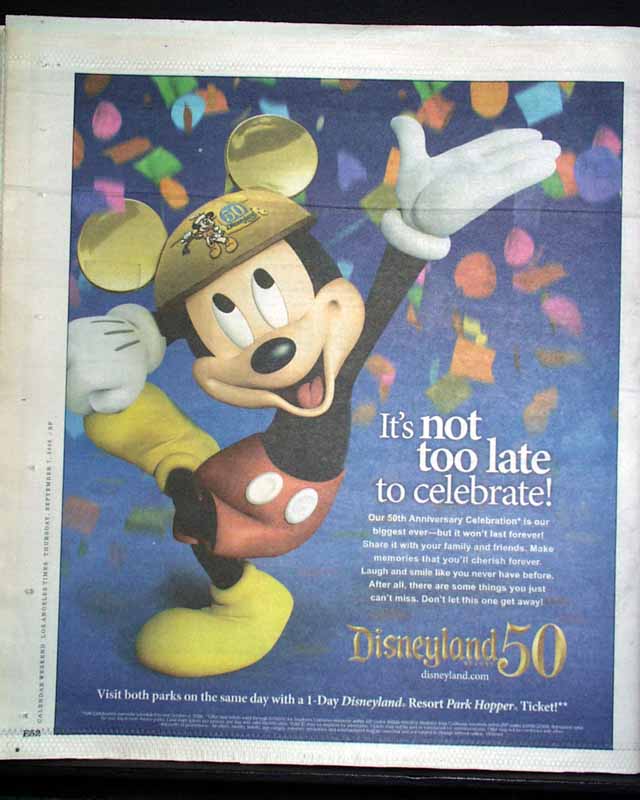 The back page of the Calendar section has a full page ad for Disneyland's 50th Birthday. Page 2 has a 4x8 inch ad for "The Black Dahlia", eight days prior to its premier. There is no more desirable issue for Hollywood movie ads or Los Angeles entertainment ads to be found... Hollywood's prime publication.

Included are the 1st and Weekend-Calendar sections, in good condition, and sold for described content. There are some minor tears on the centerfold of the front page, however, they do not impact the described content. See images for details.