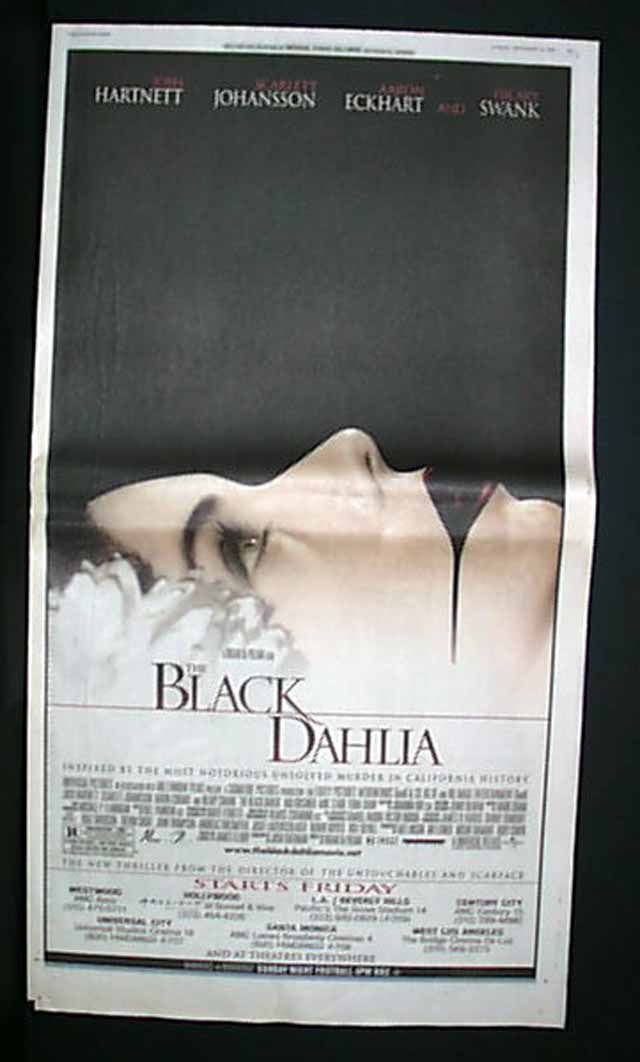 A terrific issue on the premiere of the motion picture hit "The Black Dahlia" (with review) and perhaps no better issue could be found than this, the leading newspaper from the home of the entertainment industry - the Hollywood area's prime publication.

Additionally, a full page write up on Leonardo DiCaprio and his rising star. This issue is packed with additional poster-size ads for well known movies such as: "Fly Boys", "The Queen", "The Guardian", "The Gridiron Gang", and an early ad for "The Prestige". See images for details.

The complete First and Calendar sections (in three parts) are present and in good condition. The issue is being offered offered for described content.