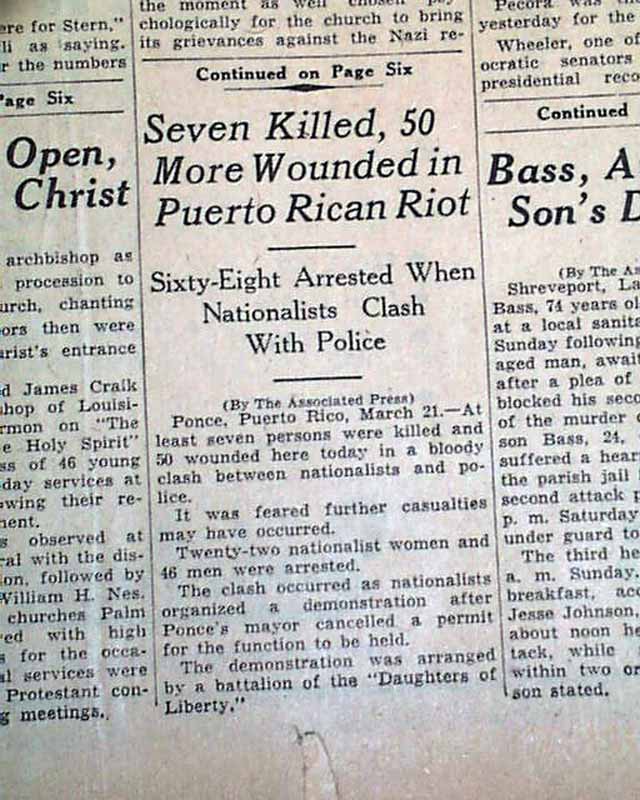 The bottom of the front page has a one column heading: "Seven Killed, 50 Wounded in Puerto Rican Riot" with subhead. (see)
Other news, sports and advertisements of the day. Complete with all 26 pages, light toning and a little wear at the margins, small library stamp on the front page, tiny binding holes along the spine, generally in good condition.

wikipedia notes: The Ponce Massacre is a violent chapter in the history of Puerto Rico. On March 21, 1937 (Palm Sunday) a march was organized in the southern city of Ponce, Puerto Rico by the Puerto Rican Nationalist Party. The march, organized to commemorate the ending of slavery in Puerto Rico by the governing Spanish National Assembly in 1873, was also formed to protest the incarceration of nationalist leader Pedro Albizu Campos, as well as to demand Puerto Rico's independence from the United States. 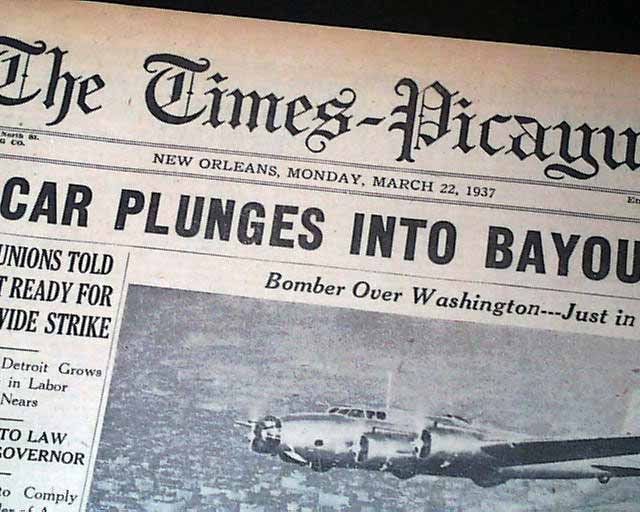 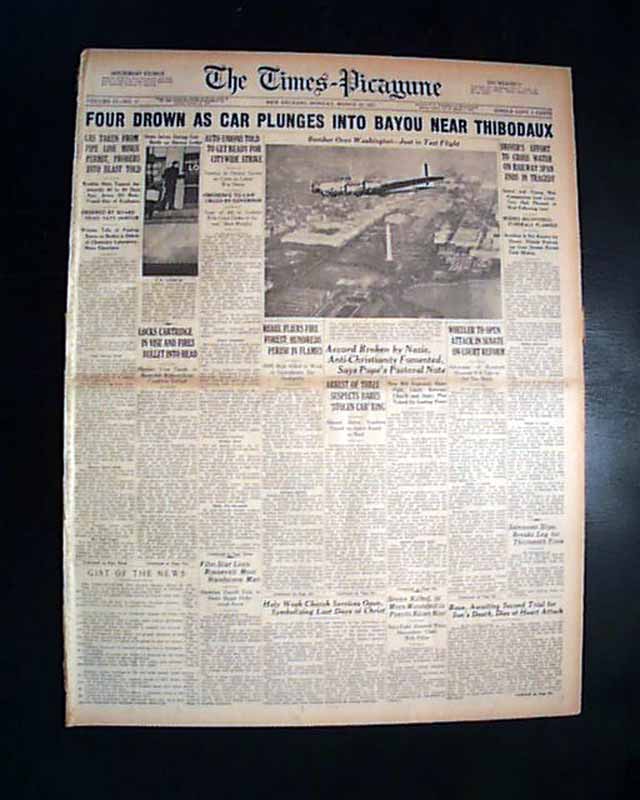