Home > Back to Search Results > President Eisenhower graduates from West Point in 1915...
Click image to enlarge 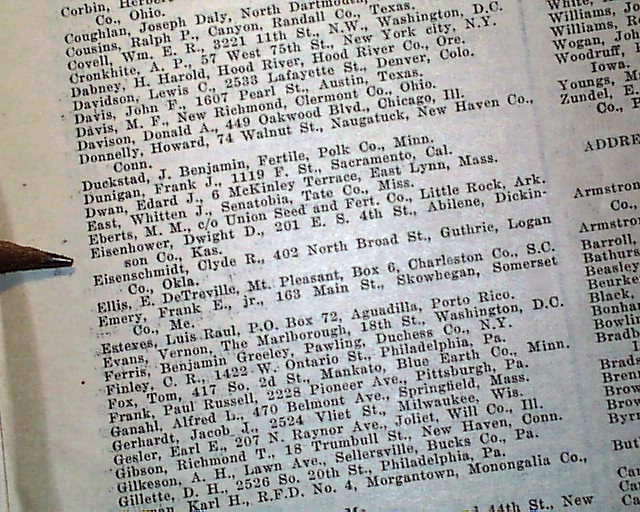 The masthead notes this is the "Gazette Of The Regular & Volunteer Forces" and as such contains all things military.
Of special note is a complete list of the West Point Military Academy list of graduates for 1915 and within the list is the unassuming listing: "Eisenhower, Dwight D., 201 E. S 4th St., Abilene, Dickinson Co., Kas."
One of the thrills of collecting old newspapers is discovering little tidbits concerning a notable's life long before they would become a household name.