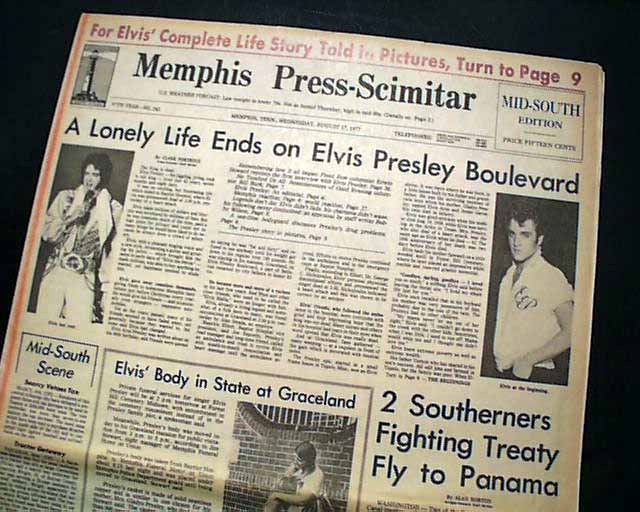 This 50 page issue has nice headlines which include: "A Lonely Life Ends on Elvis Presley Boulevard" and other related subheads, and includes front page photos of "Elvis last year" and "Elvis in the beginning." The inside has: "The Beginnings of a King", "The King Will Live Forever As Legend of Rock 'n Roll", and "Elvis Dies Quickly at Graceland After Suffering Heart Failure", along with a full page of photos headed: "The Life of a True Legend as Seen Through a Lens." Terrific to have this first report from the city where he died. Bit of minor wear at the central horizontal fold and the margins, but generally in nice condition.