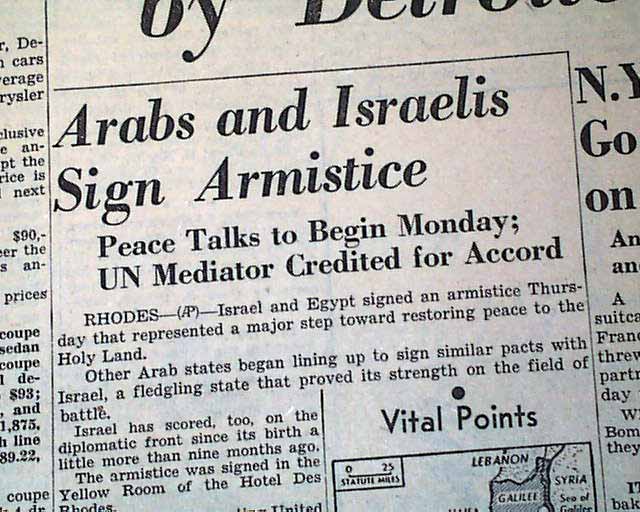 The front page has a two column heading: "Arabs and Israelis Sign Armistice" with subhead and related map. (see)
Other news, sports and advertisements of the day. Complete in 32 pages, light toning at the margins, small binding holes along the spine, small library stamp within the masthead, generally very nice.