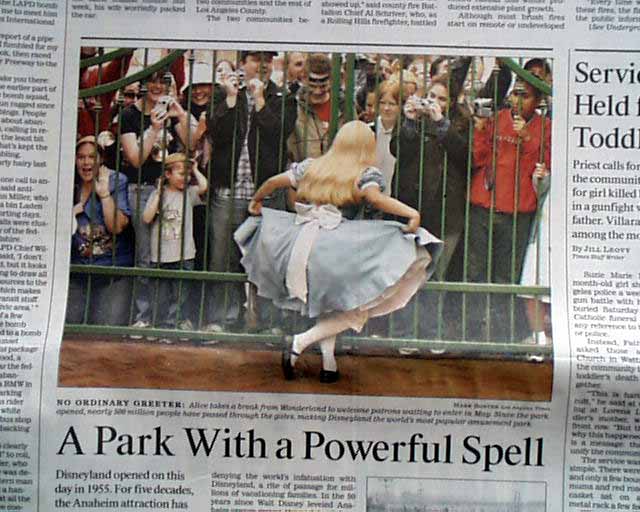 Section B has frontpage and B5-B6 day of coverage of Disneyland's 5oth birthday celebration including: "A Park With a Powerful Spell", "One Park Led to a Whole New World" and "Putting Mouse Ears on America".  Additionally, there is a timeline of "50 years at Disneyland".  This Los Angeles Times give premium day of coverage in the title which is local to Disneyland.

Believed to be complete in all sections however, this issue is being sold for the described content.